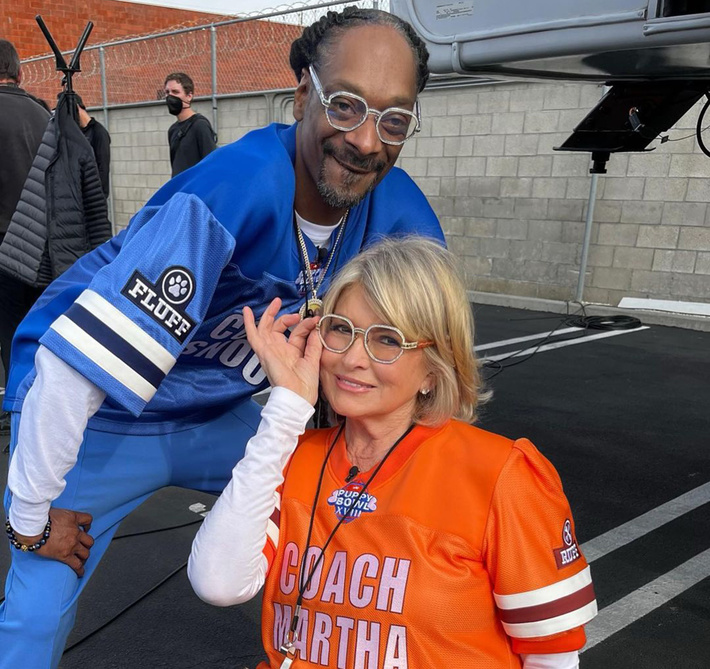 Snoop Dogg and Martha Stewart have become the duo we never thought we needed. As the businesswoman and tv personality readies the pilot episode for her upcoming podcast, The Martha Stewart Podcast, Snoop Dogg shares in a preview just how many “special cigarettes” he smokes a day. “The question they’re going to ask is whether or not Snoop is smoking. Can you tell me how many of those special cigarettes you smoke a day do you think?” Martha asks. Snoop replied, saying “It depends. When I’m shooting television, maybe about 15 a day. But when I’m making music, probably about 25 and the thing is when I’m with Martha, she’s the secondhand queen. I make sure she gets all the secondhand smoke. Martha responded by saying that contrary to popular belief, the secondhand smoke makes her concentrate more when she’s around Snoop. “That is the only time I get that fabulous secondhand smoke. And I must tell you, it makes me feel really good. And it does not disturb my concentration. In fact, I think it makes it even better and it doesn’t make me tired or any of the things that people say marijuana does to you. It’s fantastic. I think it’s great.”