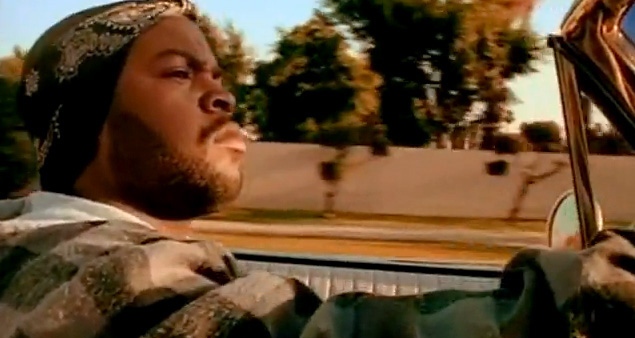 It's not quite the Da Vinci Code, but one intrepid blogger may have cracked one of rap music’s greatest mysteries.

Donovan Strain claims to have deciphered the lyrics to Ice Cube’s 1993 classic “Good Day” to find the exact perfect single rotation of the Earth that the formed the basis of the song, posting the answer on his Murk Avenue blog. The revelation was then reported by Gawker.com.

The 42-year-old rapper has never publically revealed what day marked the inspiration for his signature hit.

From the lyric, “went to short dog’s house, they was watching Yo MTV RAPS,” Strain deduced that on the “good day” Ice Cube viewed the episode with Snoop Dogg had to be between the show’s Aug. 6, 1988 premiere date and the single’s release on Feb 23, 1993.

Then using the song’s lines, "It was a clear and smogless day" and “The Lakers beat the Super Sonics,” he further narrowed the possibilities to four dates within that range.

He got alot of time on his hands to be doing that sh!t!