SAY WHAT? DAD SHOWS UP TO HIGH SCHOOL SWINGING A CHAIN, SCREAMING WHO'S F**KING MY DAUGHTER? 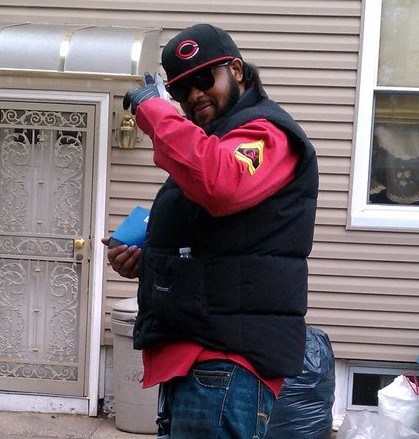 A father allegedly threatened to batter staff and pupils at his daughter's school with a metal chain after demanding to know 'who had been f****** her.'Michael Canaii is accused of telling pupils he was going to 'f*** [them] all up' after turning up at the High School of Graphic Communication Arts in Manhattan, New York city .

'A man was outside with a chain. He was saying, ‘where is my daughter?’ a source told the Post.
He was swinging the chain saying, ‘I’m going to f*** you all up.' Once inside the school's ground he is alleged to have threatened to fight anyone who confronted him.

Mr Canaii allegedly also asked the school's dean to fight him as he swung the metal chain.
The school's security staff cleared the lobby and blocked students from entering until the police arrived.
Scene: Mr Canaii is reported to have yelled 'who's f****** my daughter?' after turning up at the High School of Graphic Communication in Manhattan (pictured)Mr Cannai was taken to hospital following his arrest and was arraigned last night in Manhattan Criminal Court.His lawyer said he had gone to the school because he feared his daughter had become involved in gang activity. He is accused of criminal possession of a weapon, menacing and possession of cannabis.

Holy sh!t! Can you imagine that?

Who's f**king my daughter?