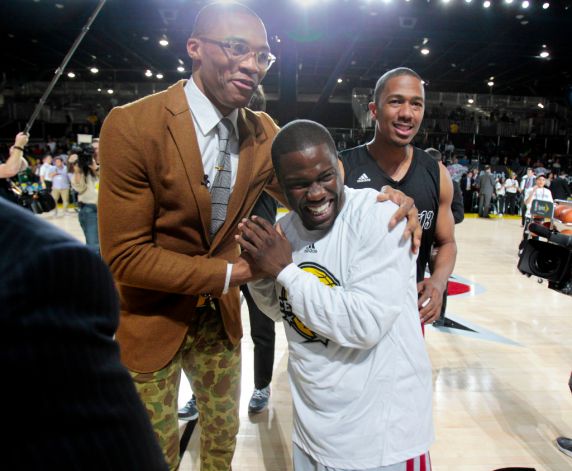 Russell Westbrook opted into the final year of his Lakers contract early Tuesday morning making him richer than ever and hours later, he, Hart and some other buddies grabbed dinner at LAVO Ristorante, a swanky West Hollywood joint The two were in great spirits laughing and dappin' each other up outside of the eatery and while Russ didn't say too much, it's pretty clear he's fired up to be staying in L.A. for at least another year. Of course, the 33-year-old's first year in Lakers purple and gold didn't go smoothly over his play but he made it obvious with an impromptu Tuesday morning that he's shaking all of that off in 2022-23. no official word on who picked up the tab at Tuesday night's dinner but if we had to guess, something tells us it was probably Russ. Westbrook and Hart have been tight for years remember, the duo were spotted out together right after the guard was traded to L.A. last year.