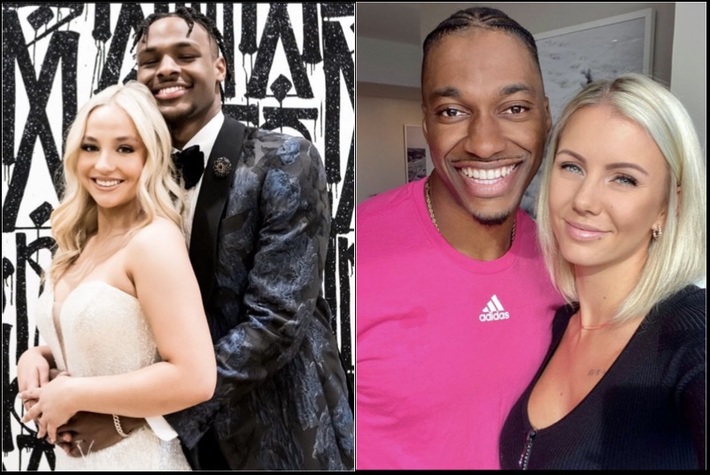 Robert Griffin III is firing back at the racist haters attacking Lebron James' son, Bronny, for taking a white classmate to prom saying, "LEAVE THESE KIDS ALONE!!! That's right grown ass people are mad about who a 17-year-old kid took to a dance. LeBron's wife, Savannah, shared shots of Bronny's big day to social media on Wednesday showing the junior hooper and his date, a senior student at Sierra Canyon, all dressed up for the event. Bronny was decked out in a flashy blue and black suit and his transportation of choice was a custom-print Mercedes with a sporty spoiler, worth hundreds of thousands of dollars. Pretty awesome, right Well, some disgusting haters took issue with Bronny's date not being black commenting some awful responses under Savannah's post even accusing the girl of being a gold digger. Enter RG3, who defended the teenagers in a passionate tweet this week. People clowning Bronny for his prom date are just miserable. Let them enjoy their day. RG3 followed up with a passionate video saying the hate is giving off creepy energy. Griffin has previously shut down his own criticism for not marrying a black woman saying, "It is not anti-black to love someone outside your race.