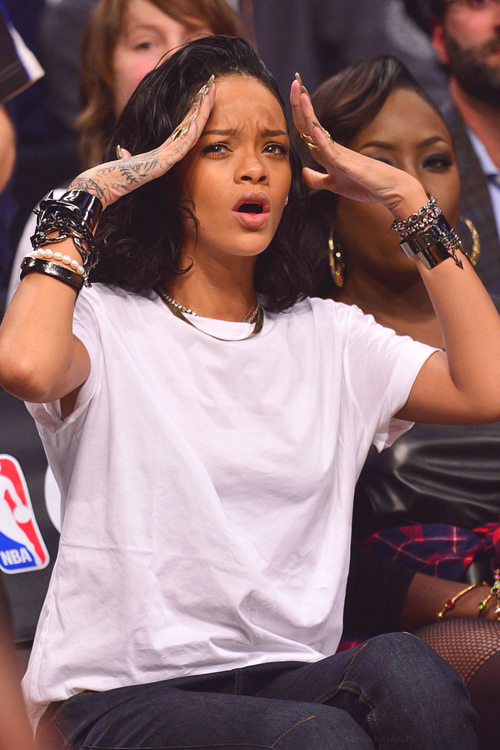 Rihanna is moving on up out of her Pacific Palisades mansion.

Rihanna moved into the sprawling 11,000 square foot pad in December 2012, but a relentless world tour to support her album "Unapologetic" kept her away from the place most of the time.

Rihanna was likely also put off by an incident in March 2013 in which stalker Steveland Barrow broke into a house nearby hoping to hunt down the songstress. The property includes a 6,000 square foot garden, a sun deck, a Jacuzzi, and a huge outdoor pool. The house boasts seven bedrooms and nine bathrooms.

Rihanna's other real estate holdings include a home in Barbados and one in New York City.