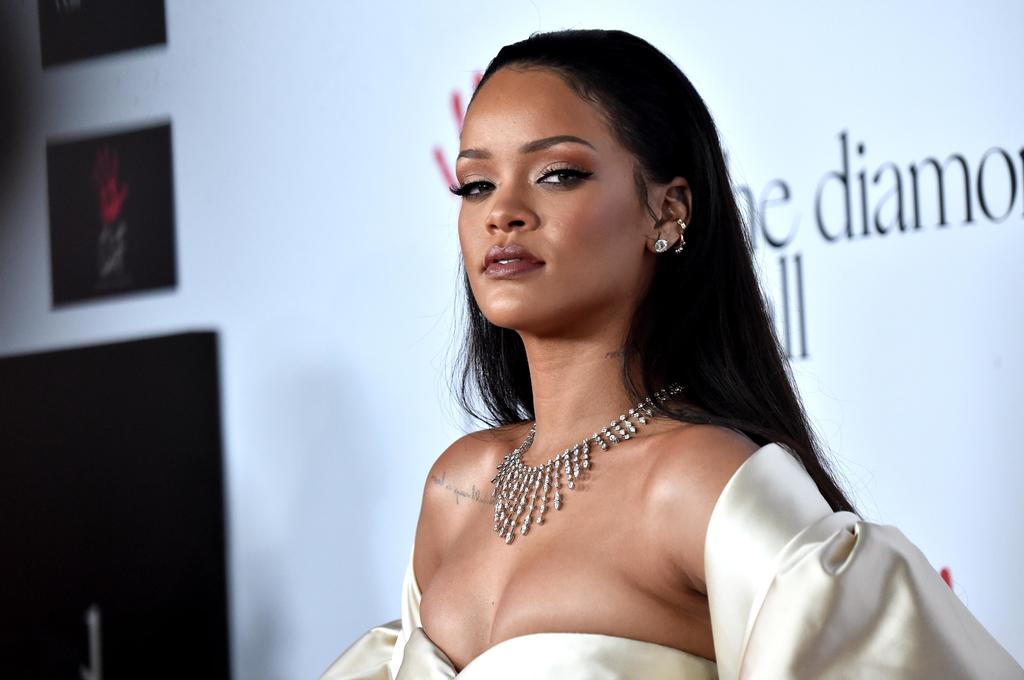 Rihanna recently called President Trump out for his slow-footed support of Puerto Rico after the devastating effects Hurricane Maria left on the island. It’s been estimated that out of Puerto Rico’s 3.4 million inhabitants, 97 percent are without power, CNN reports. Additionally, half of the U.S. territory doesn’t have running water.

The Grammy Award-winning pop star took to Twitter to remind POTUS of the precarious situation the island is currently facing. She also chose to include a recent New York Daily News cover that perfectly highlights the dire circumstances. “Don’t let your people die like this,” she wrote. 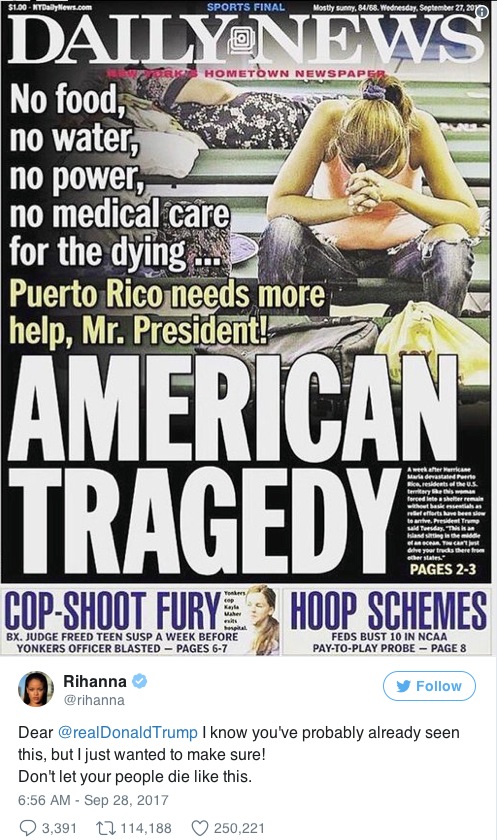 She also tweeted Trump a video of Puerto Rico’s Mayor Carmen Yulin Cruz on CBS speaking about the situation, and what needs to be done.