Rick Ross Gives Son His Own Wingstop For His Birthday Rick Ross is looking to pass on that same lifestyle to his kin. With his son, who is also named William Roberts, celebrating his 16th birthday on Tuesday (September 14), Rozay gifted him his own Wingstop location.

William, I’m extremely proud of you my son,” Rick Ross then commented on his son’s birthday post.

The MMG boss owns over a dozen Wingstop locations and had no problem handing over one to his son to see him manage the business. 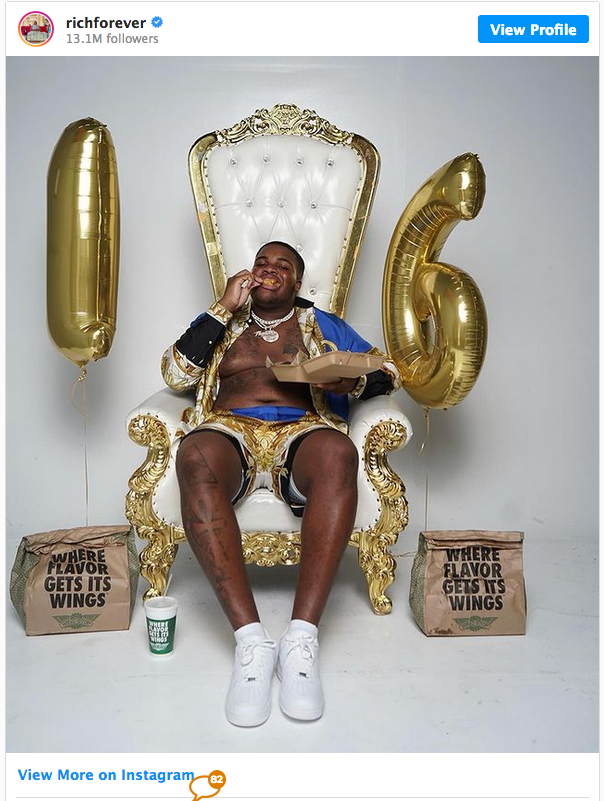