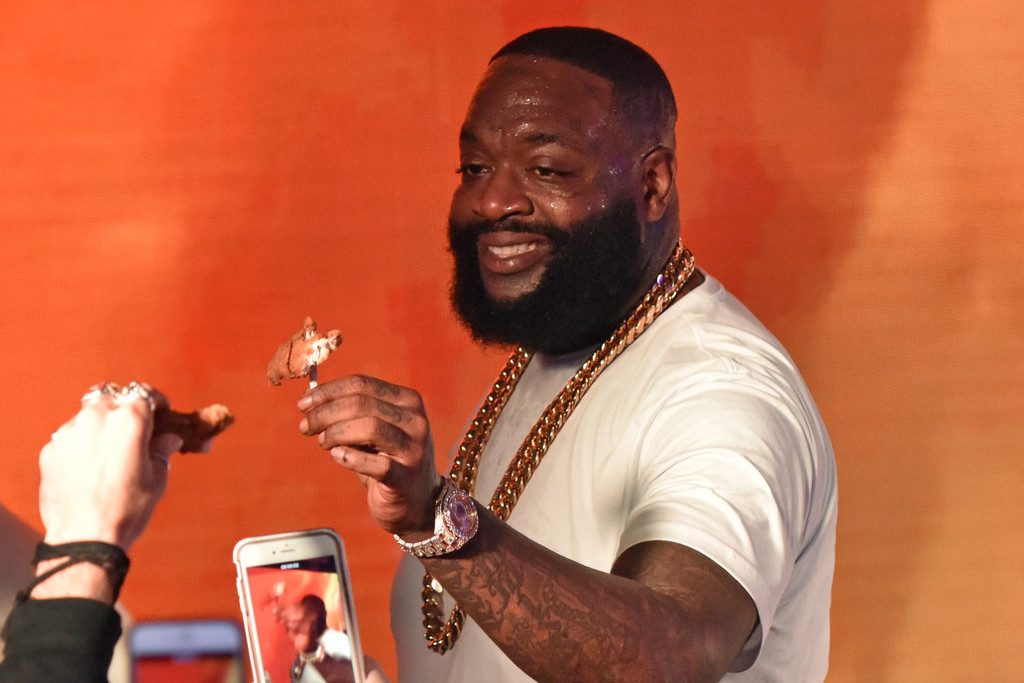 “Rick brought actress Billie Lourd, models Jordyn Woods and Iskra Lawrence up on the stage to feed them,” says the spy. “He was hand-feeding Iskra wings.”

Also at the party were Ashley Benson and Dylan Sprouse.