Lauren shared a screengrab of her conversation with McKinley, writing across it, “She’s here!!!!!”

No name or specifics were given. Earlier in the day, McKinley shared on his Instagram story that they weren’t set on a name just yet as they were stuck among options including Penelope, Po, Paige, Pia, Pilar and Paris.

Also on social media, she received well wishes and a possible boyfriend for her daughter from Bravo boss and new father himself, Andy Cohen. “Congratulations @Porsha4real on your baby!” Cohen wrote. “I hope to make a Love Connection for a Ben!”

The 37-year-old TV personality announced her pregnancy in September by writing on Instagram, “I am happy, healthy … and pregnant.”

Williams previously expressed “mixed feelings” about pregnancy as she suffered a miscarriage six years ago.

“I suffer with fibroids and had to have a myomectomy (a procedure that removes uterine fibroids),” she told People in September. “So just the fear of, ‘Is the baby going to be okay? Will I make it full term?’ All those questions that you ask if you’ve had a miscarriage before.”

Her condition landed her in the hospital in November after “experiencing extreme pain,” but she was sent home to recover just two days later. 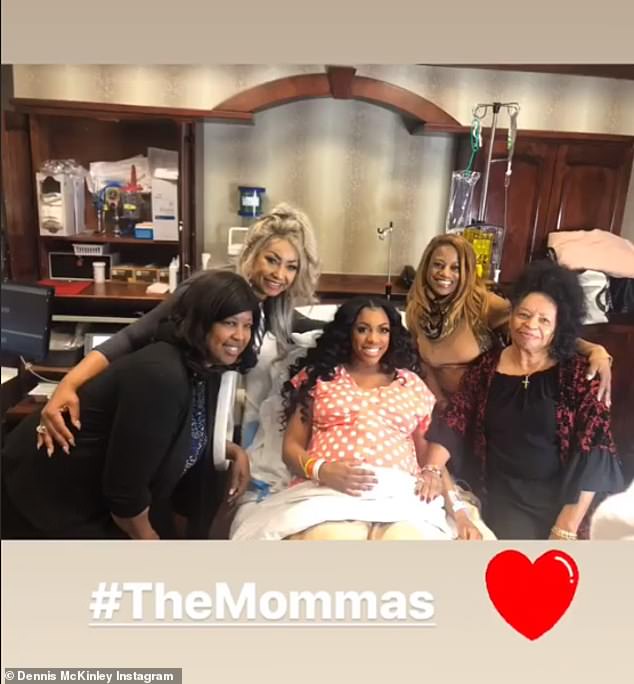 McKinley proposed to Williams with a massive 13-carat ring (valued around six figures) in October and rented out a venue, which they flew to via helicopter, for the occasion.

The couple’s wedding date has yet to be revealed.