Oscar and Emmy-winning star Regina King received a new honor in Hollywood Thursday as she placed her handprints and footprints in cement outside the TCL Chinese Theatre. From ‘227’, ‘Boy in the Hood’ to her oscar-winning role in “If Beale Street Could Talk.’ Actress, director, and producer, Regina has earned every award and accolade she’s received thus far. King, paid homage to her Hollywood roots as she inscribed the words to the theme song of where she started her career ‘227’ “I remember that I was looking for Bette Davis’s hand and footprints. That’s all I wanted to see. But the thing that struck me was why it took me so long to find her footprints is because I kept getting hit with someone else’s,” said King. King added four extra words to that cement slab: “No place like home.” “A lot of people are gonna see this and they’re going to think it comes from ‘The Wizard of Oz,’ but it comes from my beginning ‘227,’ where the theme song started off ‘no place like home’ ‘cuz this is home,” said King. “And I’m gonna be home forever and ever and ever and ever! Regina King is currently preparing to play Shirley Chisholm, America’s first Black congresswoman, in a new movie and currently starring in ‘Harder They Fall’ along with Idris Elba But right now, she can celebrate her new hands and feet in cement at TCL’s Chinese Theatre. 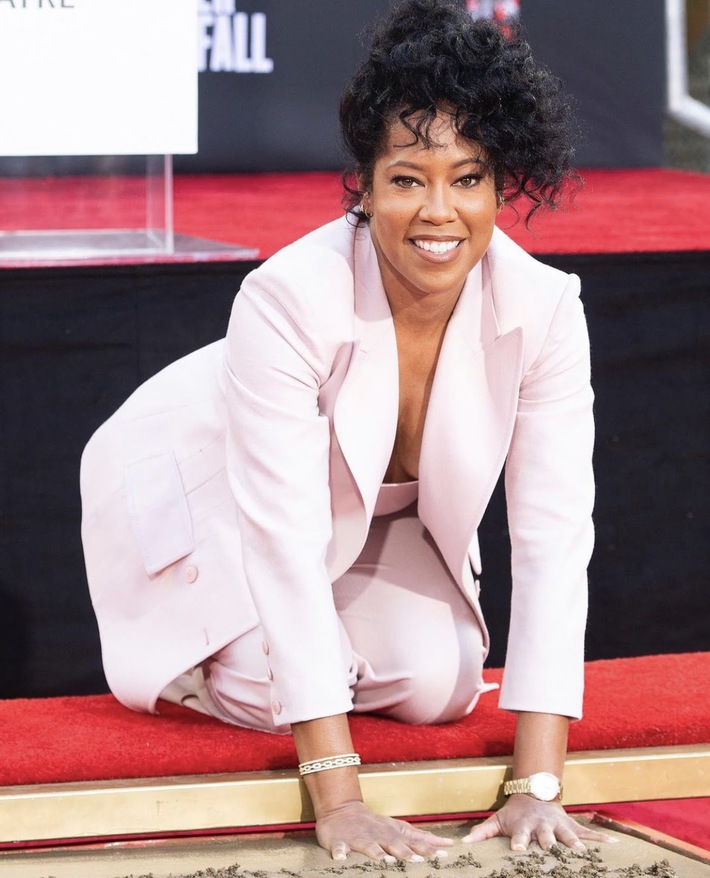 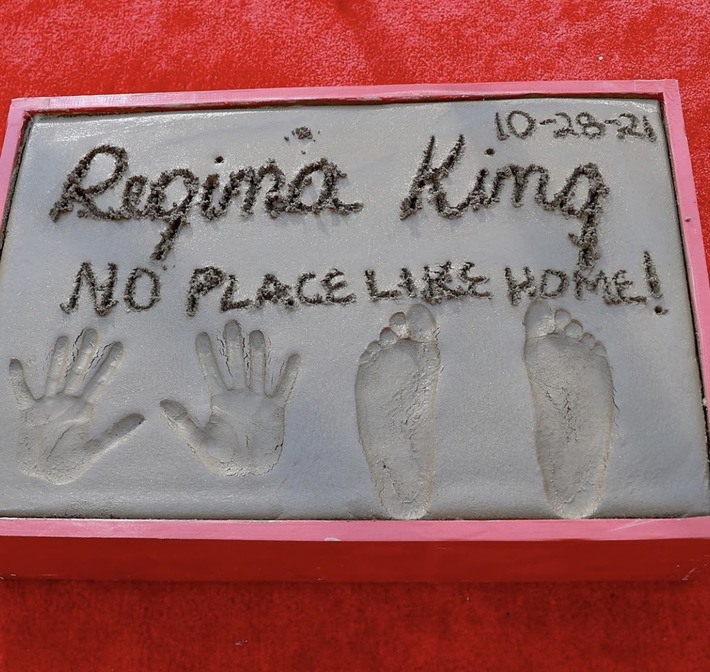