REEBOK HAS TO PAY $25 MILLION FOR LYING ABOUT THEIR EASY TONE SNEAKERS! 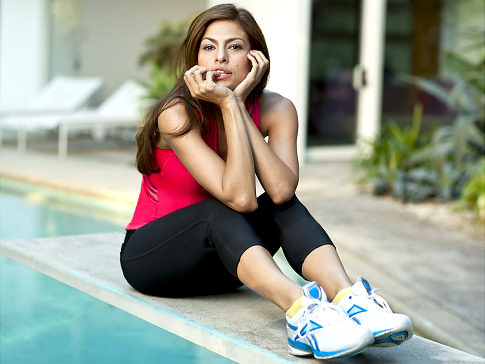 Reebok got handed some sole-killing news by the Federal Trade Commission – fork over $25 million in refunds.

The sneaker company got spanked for claiming its EasyTone and RunTone sneakers toned leg and buttock muscles, claims that the FTC ruled were backed by bogus science.

The agency threw the hammer, saying that the company's claims that its use of charts and statistics led consumers to believe that their shoes, priced at $80 to $100, were superior to traditional sneakers.
Besides having to give back millions to dissatisfied customers, Reebok is banned from "making claims that toning shoes and other toning apparel are effective in strengthening muscles, or that using the footwear will result in a specific percentage or amount of muscle toning or strengthening, unless the claims are true and backed by scientific evidence."

Christenen appeared nude in ads for the sneakers in 2010, claiming "by the end of the day you can feel it in your legs almost like you have done a workout."

It's eyebrow-raising television ads showed a bevvy of fit women showing off their posteriors while wearing the scammy sneakers.

The FTC is using Reebok to send a message that using junk science to sell exercise apparel is unacceptable. Reebok agreed to pay the $25 million as part of a settlement agreement for deceptive advertising.

"The FTC wants national advertisers to understand that they must exercise some responsibility and ensure that their claims for fitness gear are supported by sound science," said David Vladeck, director of the FTC's Bureau of Consumer Protection, in a press release.

The agency provides a link to customers looking to receive a refund for their shoes.