Rajon Rondo Allegedly Pulls Gun On Girlfriend And Their Children 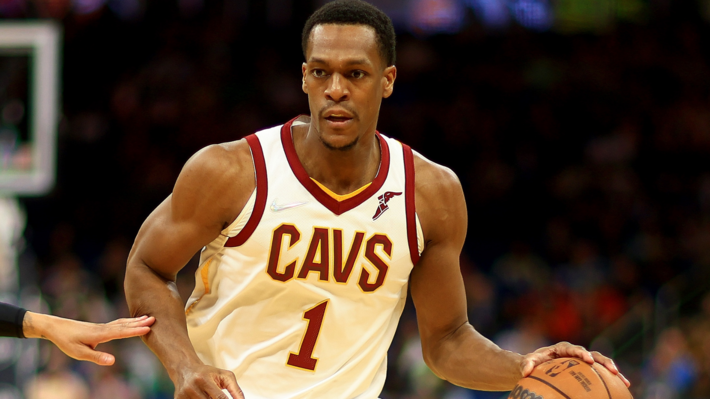 Rajon Rondo is accused of pulling a gun on the mother of his children. Ashley Bachelor, Rondo’s longtime partner and the mother of his two children, has filed for an emergency protective order from the Cleveland Cavaliers point guard. the protective order was filed in Louisville, asking for protection for herself and her son and daughter. Bachelor states Rondo played video games with his son, Pierre before Bachelor asked the boy to separate laundry. Rondo then ripped the game console out the wall in a fit of rage, smashing outdoor lights, a coffee cup, and trash cans. Rondo upset the kids, who saw all of the rage. Bachelor attempted to calm the situation, but Rondo threatened her with, “You’re dead.” Rondo left home but would return 15 minutes later, banging on the back door window with a gun. She asked Rondo to stop, but he would yell, “Go get my fucking son.” Bachelor did in fear of what Rondo would do next. Rondo would eventually “yank” the boy outside and ask why he was scared while he was still holding the gun. He would demand his daughter to come out, and he verbally reprimanded both children for being scared of him. Rondo’s parents would come to the home. They were unable to calm him but did get him to leave. The new protection order reads: “I am extremely fearful for my safety and for the safety of my children. Rajon has a history of volatile, erratic, explosive behavior. He is verbally, emotionally, and financially abusive. He physically hits our son and calls him names like ‘p***y’ and accuses him of acting like a ‘bitch.