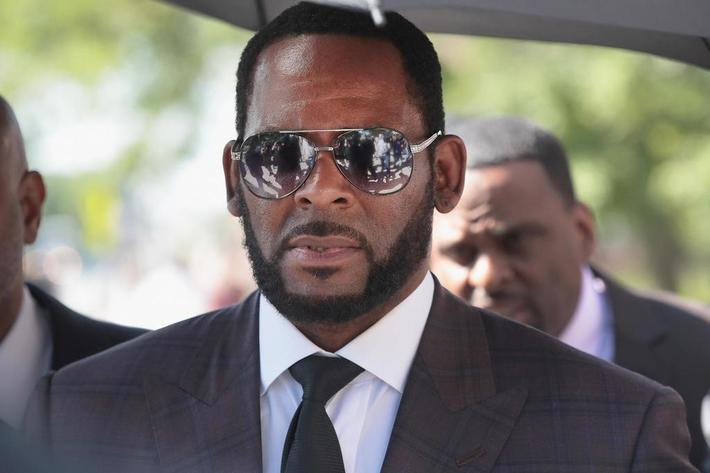 Brooklyn prosecutors claim Kelly, who is accused of trafficking girls and young women for sex in New York, used his concerts as a hunting ground in order to trap his next victims.

But in a filing Wednesday, defense attorney Douglas Anton tries to explain away Kelly’s behavior by, for some reason, bringing up Roth, a notorious womanizer, and his tales of rock ‘n’ roll excess.

“While I don’t think I have ever before quoted Van Halen’s singer David Lee Roth in a legal writing, I urge the court to click this link for a very brief overview of the industry accepted, understood and agreed upon, by consent, definition of the fan and celebrity groupie experience,” Anton says in the court papers as he tries to convince a Brooklyn judge to release Kelly without bail.

The link leads to a 1985 discussion between Roth and David Letterman in which the former late-night TV host read aloud passages from a then-new book about the group — and Roth’s lecherous ways.

“When [Roth] spots a girl he thinks is cute, [Roth] dances over to the side of the stage while Eddie takes a guitar solo,” Letterman reads as the singer laughs. “There he will shout something to an available roadie like ‘red right, red t-shirt, out of sight, six feet back.’ While David dances back to the microphone, a roadie will receive a radio communique from the stage, then he will go to work to find the girl and give her a pass.”

The rock star admits to the whole thing, saying it all started when they began building their own stages.

“I said, well, let’s customize it … so we can do exactly what you just read,” Roth responds, cracking up.

The filing goes on to dispute prosecutors’ assertions that Kelly is a danger to the community.

“This is not a ‘dangerous defendant’ who even requires home confinement, surveillance, electronic bracelet other conditions,” Anton writes of his client. “Robert goes five (5) places: Home, Studio, Gym, Church and the Cigar Lounge.”

The filing acknowledges that a federal judge in Chicago has already ruled Kelly will remain behind bars in the Windy City ahead of trial — which would override any decision by a Brooklyn judge to release him.

Earlier Wednesday, a Chicago judge barred attorneys from discussing any new evidence related to Kelly’s child pornography case, saying he wants to guarantee that the case isn’t tried in the media.

Kelly is expected to appear in Brooklyn federal court Friday.

Anton writes that Kelly’s two live-in girlfriends, Azriel Clary, 21, and Joycelyn Savage, 23, will appear in court to support him.

If convicted, the 52-year-old Kelly faces decades in prison.