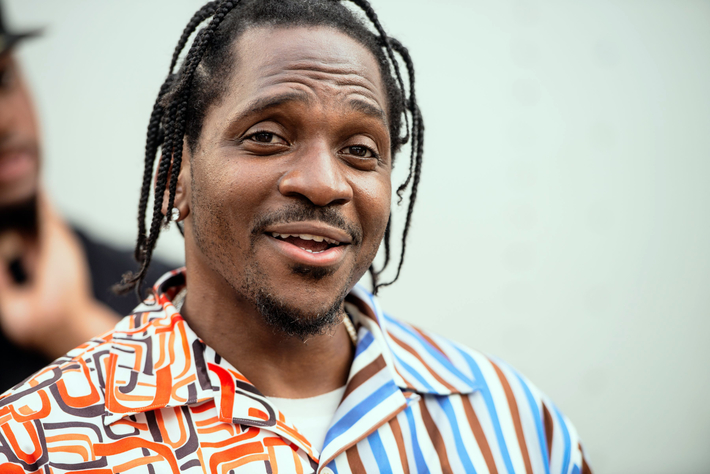 Pusha T On the new record "Rib Roast," King Push peddles Arby's Real Country Rib Sandwich while sending shots at the Golden Arches with lyrics like "McDonald's what you selling mystery meat?/Hop up and go away, what does history teach?/ Mickey D's McRib you ain't it in the streets/The real country style rib sandwich here to compete. Call it get back from the grill Pusha and his brother No Malice of The Clipse wrote McDonald's iconic "I'm Lovin' It" jingle back in 2003, but the brothers didn't cash out on any royalties on the business end. Pusha says he has no ill will toward McDonald's, admitting it wasn't the best business for him per se but that's not stopping him from killing Ronald & co. on wax. Pusha's "Spicy Fish Diss Track" dropped back in March, and reportedly gave Arby's an $8 million marketing bump, as well as a better deal for Pusha 40% ownership of the track!!! Pusha says he's trying to take "street hip hop" to the next level, and his partnership with Arby's is just another notch in the résumé.