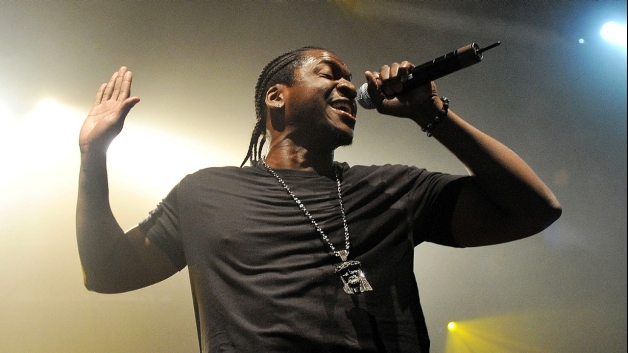 G.O.O.D. Music's Pusha T has once again cleared up speculation claiming his "Don't F*ck With Me" freestyle may have been directed toward Drake by denying other perceived targets people have assumed.

When asked to set the record straight on not focusing his freestyle on Drizzy, Pusha made sure to let fans know a few other emcees who are off the hook.

"What he said on Flex, any self respectable man is supposed to say when you sitting on Flex with five million listeners... When you have a album coming out," Pusha told XXL. "That's all well and good. I don't take that any type of way. I seen the same thing happen when Drake put out his 'Dream's Money Can Buy.' His rendition. That was a freestyle over that record. Everybody was like 'who is he talking about?' so on and so forth. I never thought anything about it. I never felt no type of way about it. People was like [Drake] said 'my favorite rappers lost it or they not alive no more.' Everybody was like is he talking about Kanye, Jay-Z, Pusha, the Clipse? Man, none of that shit ever phased me. I never looked at [his rhymes] no type of way. I looked at it like that was a amazing record." (XXL Mag)
Heading into the weekend, The Clipse rapper denied beefing with Drizzy.

"I call it, 'Don't F With Me' freestyle, and people, you know, a lot of people sort of took it like it was a Drake diss and so on and so forth," Pusha explained in an interview. "I see a lot of people put that on the blogs or whatever. But you know, I've never said that, man. I think people, you know, they hear these freestyles and they forget this rap thing is a real, like, competitive situation. And um, me personally, I don't, you know, I'm really good. I'm really good at this. So I don't, you're never going to hear me say, I was dissing Drake or anything like that. I actually like him." (WGCI)
Around mid-October, Drake said he did not think Pusha's record was directly taking a shot at him.

"I listened to it and I just couldn't pick it out. I couldn't pick out where I was supposed to be offended," Drake told radio personality Funkmaster Flex Thursday (October 13) night. "Everyone was just like, 'Oh you got dissed in this song by Pusha T.' First of all, I've never really had any interaction with Pusha T so for him to diss me would be purely issues that he's having within himself...We've met but we've been just always cordial with each other. I'm a fan of The Clipse. I say it in interviews. So I've never really had any issues with him. But it's a frustrating time for a lot of people right now, I get it. So if it was directed at me, just make it a little more direct next time. I'm up for whatever man. I didn't take offense to it though." (Hot 97)