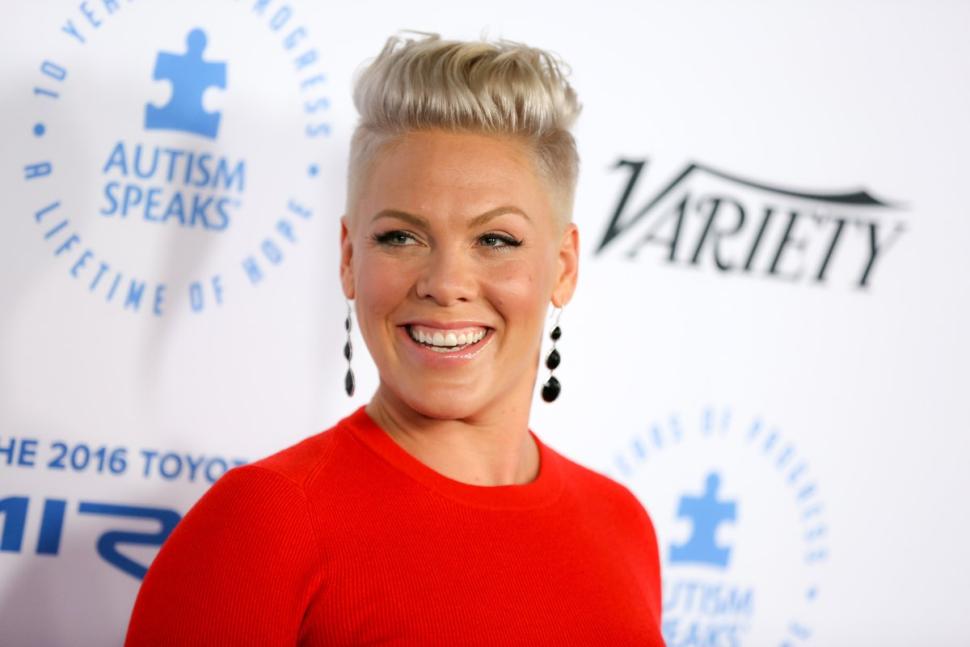 Trailblazing pop star Pink saw firsthand severely malnourished children during a recent visit to Haiti as a part of a UNICEF program to provide therapeutic food packets to children in need.

The singer, whose given name is Alecia Moore, was named a UNICEF ambassador Monday to help promote a new effort to encourage physical activity in young children in the United States and at the same time raise money for nutritional, vitamin-rich peanut paste to be delivered to hungry children all over the world.

“I got to watch mommas learning how to feed it to their kids,” Moore said during a phone interview from California. “And within a week, you can see the difference in these children. It brings them back to life. It’s amazing.”

Moore is the national spokeswoman for the UNICEF Kid Power Band, which is a child-friendly fitness band that encourages exercise through an interactive app. Kids can earn points by doing things like taking 12,000 steps a day or completing a goal. As the children earn points, UNICEF’s partners, including Target, Disney and Star Wars: Force for Change, will provide the funds needed to send the food packets to places like Haiti.

Moore, who has a 4-year-old daughter with her husband, Carey Hart, said the trip to Haiti strengthened her passion for UNICEF’s project. She visited Port-au-Prince this summer, where she saw children who came back from the brink of starvation because of these food packets.

“When you get to see it with your own eyes and you see that something works, then it’s a lot easier to get behind and advocate for it and try to make other people aware of it,” she said.

The Kid Power app also teaches children about the countries and cultures they are helping and they can unlock special videos and messages and track their progress online.

“They found a brilliant way, and a fun way, to get kids here involved and empowered and motivated,” Moore said. “And they are also turning them into global citizens and they get to be hands-on.”

The Grammy-winning singer is a natural role model for a program that encourages physical activity and exercise. Her concerts are full of high energy choreography, including flying through the air on wires over the crowds or spinning from large silk ribbons like a Cirque du Soleil dancer.

In fact, her daughter, Willow, is already following in mom’s footsteps. At home, her daughter plays with a smaller kid-sized version of the silk fabric that she uses to spin around on during concerts.

The singer will be joining her trainer Jeanette Jenkins at an elementary school in New York City on Monday to test out the bands with children in grades three through five. She said that she plans to get one for everyone in her family so they can start earning points and raising funds for UNICEF.

“Between Carey, myself and Willow, it’s going to get a little competitive,” she said laughing.