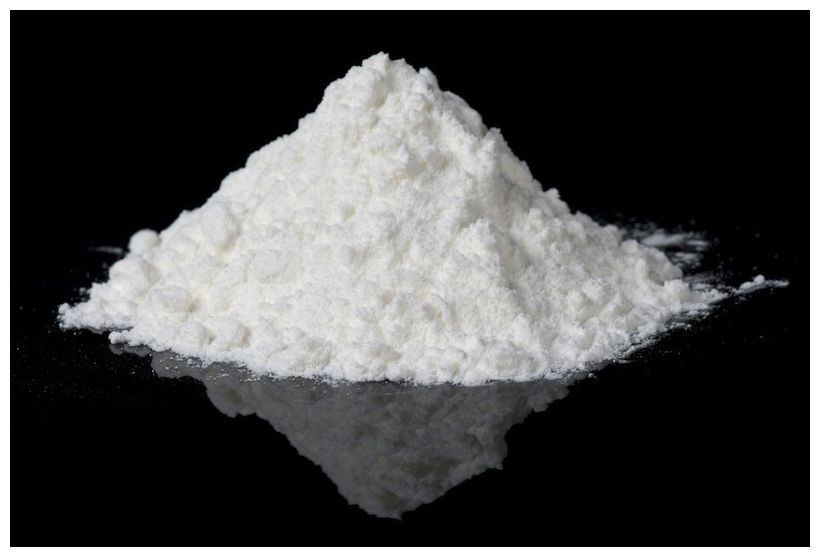 Witnesses described the 17-year-old boy as "shaking, growling, foaming at the mouth."

According to police reports, Elijah Stai was at a McDonald's with his friend when he began to feel ill. Soon after, he "started to smash his head against the ground" and began acting "possessed," according to a witness. Two hours later, he had stopped breathing.

The Grand Forks, North Dakota teenager's fatal overdose has been blamed on a drug called 2C-I. The night before Stai's overdose, another area teen, Christian Bjerk, 18, was found face down on a sidewalk. His [rip] was also linked to the drug.

2C-I--known by its eerie street name "Smiles"--has become a serious problem in the Grand Forks area, according to local police. Overdoses of the drug have also be reported in Indiana and Minnesota. But if the internet is any indication, Smiles is on the rise all over the country.

"At the moment I am completely and fully submerged, if you can't tell by my eyes, in a psychedelic world known as 2C-I," says a man who appears to be in his late teens or early 20s on a YouTube video posted back in October. His pupils are dilated. He struggles to formulate a description of what he's feeling-it's hard to tell if its because his experience is profound or if his speech skills are simply blunted. He's one of dozens of users providing Youtube "reports" of their experiences on the synthetic drug.

Smile's effects have been called a combination of MDMA and LSD, only far more potent. Users have reported a speedy charge along with intense visual and aural hallucinations that can last anywhere from hours to days.

"At first I'd think something was extremely beautiful and then it look really strange," another user says in a recorded online account."I looked at my girlfriend's face for a minute and it was pitch black…the black started dripping out of her eye."

Because the drug is relatively new--it first surfaced around 2003 in European party scenes and only recently made its way to the states--the most readily accessible information about 2C-I comes from user accounts, many of which detail frightening experiences.

On an internet forum one user describes the high as a "roller coaster ride through hell," while another warns "do not drive on this drug," after recounting his own failed attempt on the roadway.

Over the past few years, synthetic drugs like K-2, Spice and Bath Salts, have become increasing popular with teenagers and young adults. Their ingredients are relatively easy to obtain and order online and until recently, they weren't classified as illegal substances. But as they come under legal scrutiny, one by one, they've triggered a domino effect of newer, altered, and more potent versions.

"I think [the drugs] just keep changing to try to circumvent the law," Lindsay Wold, a detective with the Grand Forks police department, told Yahoo Shine. "Anytime we try to figure something out, it changes." Since July, her department has launched an awareness campaign in an effort to crack down on 2C-I's growing popularity with teens and young adults in the area. While reports of overdoses have spiked, Wold says it's difficult to measure it's growth in numbers.

According data obtained by the American[..]ociation of Poison Control, half of those exposed to 2C-I in 2011 were teenagers. That statistic was before two fatalities and multiple overdoses were linked to the drug in North Dakota.

"The unfortunate thing is if kids who are overdosing on 2C-I go in to the hospital with a physical problem, a lot of times they can't test for it so it doesn't show up as a drug overdose," says Wold.

The fact that 2C-I is untraceable in tests makes it more of a challenge for doctors to treat. It also contributes to drug's growing popularity among high school and college-age kids.

"Synthetic drugs don't generally show up on drug tests and that's made it popular with young adults, as well as people entering the military, college athletes, or anyone who gets tested for drugs," Barbara Carreno, a spokesperson for the Drug Enforcement Agency, tells Shine.

2C-I may be undetected in drug tests, but it's effects are evident in emergency rooms.

According to James Mowry, the director of Indiana's Poison Control Center, 2-CI overdoses--on the rise in the state--and have been known to cause seizures, kidney failure, and fatally high blood pressure.

"They do something that is called 'uncoupling." Mowry told an Indianapolis news station this month. "Basically, their muscles get to the point they cannot uncontract, so they sort of get rigid and then your temperature goes up really high and if you don't treat them really aggressively, those people usually end up dying."

Officials are taking aggressive measures to address this new national drug problem. In July, the DEA announced Operation Log Jam, the first nationwide coordinated US Law enforcement strike specifically targeting designer synthetic drugs. That same month, 2C-I was classified as a Schedule 1 subtance, making possession and distribution of the drug illegal. Those caught distributing even a small amount are facing serious criminal charges. Stai's friend, who allegedly obtained the drug that caused his overdose, has been charged with third degree murk.

While the drug's potential for overdose is apparent, the specific cases of fatalities are confounding. According to one site designed as a "fact sheet" for users, the dosage of the drug, which also comes as a liquid or a pill, is difficult to measure in powder form. When users snort the drug they could end up taking more than they realize, prompting an overdose. But in the case of Stai, the powder wasn't snorted, but melted into a chocolate bar and eaten.

Some speculate those "hobby chemists"--making the drug using powders shipped from China, acetone and plant-based materials--are to blame for concocting particularly strong or toxic batches.

"Anybody with a little money to front can import chemicals, mix, and sell it," says Carreno. "Many of these types of drugs were originally designed for research to be used on animals, not people." In fact, 2C-I was first synthesized by Alexander Shulgin, a psychopharmacologist and scientific researcher. He's responsible for identifying the chemical make-up of the so-called "2C" family, a group of hyper-potent psychedelic synthetics. In 2011, 2C-E, a twin sister drug to 2C-I, was blamed for the [rip] of a Minnesota teenager and the overdose of 11 others.

Because of his medical research, Shulgin has unintentionally become a godfather of the synthetic drug movement, and his work has been reprinted and reduced to plain language on drug-related web forums.

"Drugs used to take longer to get around but now with the internet they can spread by word of mouth online," says Carreno. If drugs like Smiles are as viral as an internet meme, they have a similarly brief life-span. Already, a newer, re-booted version of the drug is cropping up on the other side of the planet, and by early accounts it's terrifying.

The new drug called 25b-Nbome, is a derivative of 2C-I, that's sold in tab form. This past month, the drug has been linked to the non-fatal overdoses of two young adults in Perth, Australia. It's also be blamed for the [rip] of a young man in the same area, who died after repeatedly slamming his body into trees and power line poles while high on the drug.

"Overdose on these drugs is a reality... and can obviously result in dire consequences," a Perth police department official warned.

It isn't obvious to everyone. "I can't recommend for anyone to go out and use this legally," says one alleged 2C-I user in a YouTube video with 12,000 views, "but why not?"