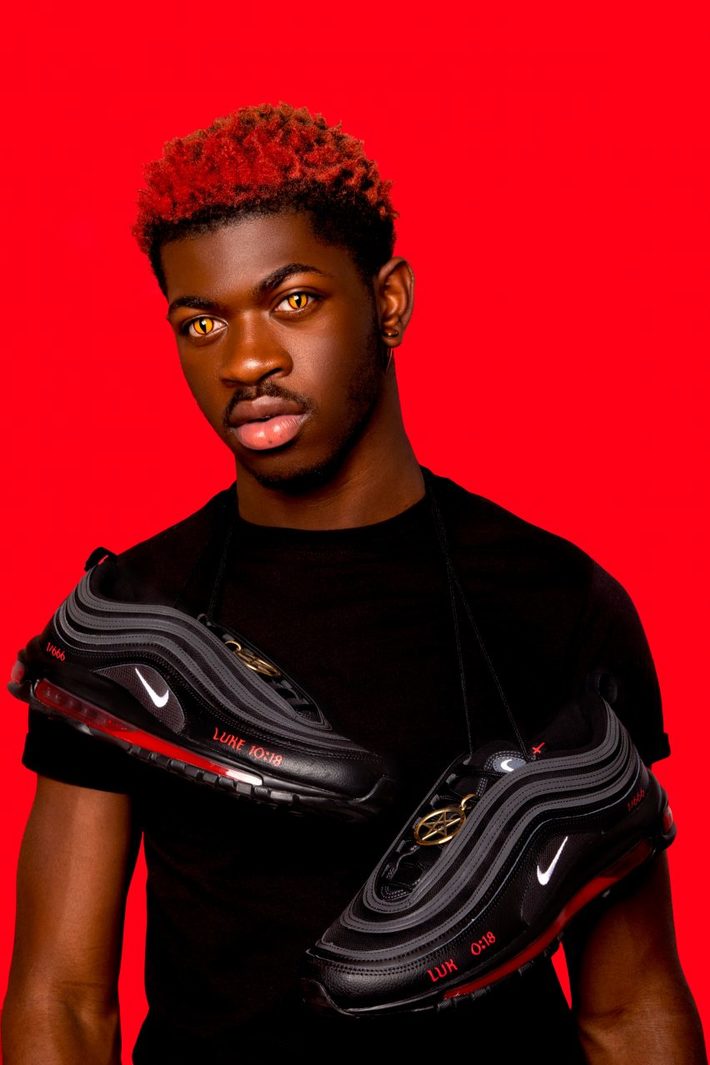 Anyone who snagged a pair of Lil Nas X’s “Satan Shoes” may have to return them, if Nike gets its way.

The sportswear giant asked a Brooklyn federal judge Thursday to recall every pair of the controversial sneakers that has already been sent to buyers.

MSCHF, the creative agency behind the demonic kicks, revealed in a court filing that all but one of the 666 pairs it produced have been shipped to people who paid upwards of $1,000 for them earlier this week.

The Brooklyn-based firm cited that fact as a reason that the shoe — released to promote Lil Nas X’s new single — didn’t pose any immediate threat to Nike’s business, adding that it didn’t plan to sell any more pairs.

But Nike disagreed, noting that MSCHF started taking orders for the customized Air Max 97s on the same day the iconic retailer filed a scathing trademark infringement lawsuit over the release.

“Despite knowing of Nike’s objections to its unlawful conduct, MSCHF apparently proceeded to fulfill all the orders for its shoes,” Michael J. Harris, a lawyer for Nike, wrote in a Thursday letter to US District Judge Eric Komitee. “This court should order a recall to prevent MSCHF from gaining an advantage from its own gamesmanship.”
see also

Nike also wants Komittee to block MSCHF from mailing out any remaining shoes that haven’t been shipped. That includes at least one pair the studio planned to give away this week, but MSCHF says it put that plan on hold amid the court battle.

The two sides will argue the matter at a Thursday morning hearing in the case, in which Nike claims MSCHF duped consumers into thinking the Oregon-based company endorsed Satanism.

MSCHF argues the stunt was “highly unlikely” to confuse sneakerheads who bought the shoes given that they had to make the purchase through MSCHF’s proprietary app.

“More significantly, these shoes are works of art that are intended to criticize the ever popular ‘collab culture,’ where brands like Nike collaborate with anyone willing, to
make a splash,” MSCHF lawyer Megan K. Bannigan wrote in a Wednesday filing.

The studio also pointed out that Nike didn’t object when it released “Jesus Shoes” that purportedly contained holy water in 2019, which also led people to accuse the company of sacrilege.

Nike rebutted that it wasn’t obligated to sue over the previous release — though the company said it has not “ruled out” legal action related to the Jesus Shoes.

“The Jesus Shoe was a smaller release that attracted little attention and was not one that associated Nike’s brand with as charged a topic as satanism,” Harris wrote in Thursday’s letter.