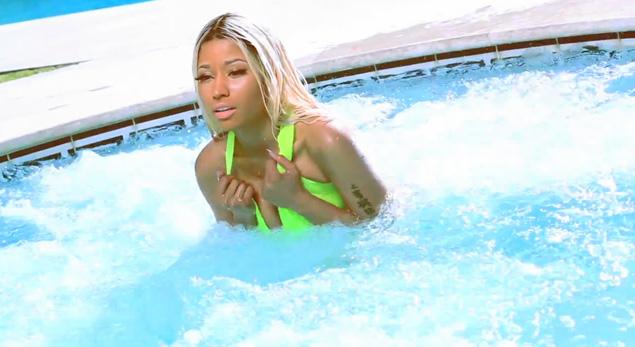 The 30-year-old curvaceous singer unintentionally bared her breasts while filming her music video for "High School."

In a behind-the-scenes vlog video posted by production company Grizz Lee Arts, Minaj's neon-green swimsuit slipped down just a little too far in a hot tub scene without her even realizing it. Once she became aware she was flashing the crew, she seemed unphased and just redjusted herself and went straight back to work.

This is not the first time the "American Idol" judge has fallen victim to a wardrobe malfunction. 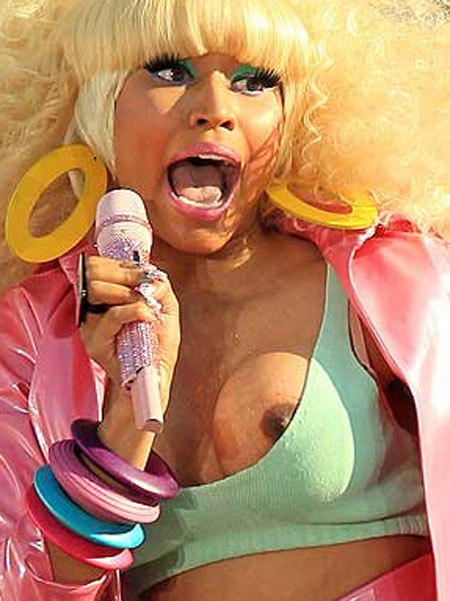 In 2011 she was overexposed on live TV during a performance on "Good Morning America."

Also, last November she accidently showed off too much skin to the audience at BET's 106 & Park.

The footage was shot before the rapper suffered multiple seizures and was hospitalized for six days last week.