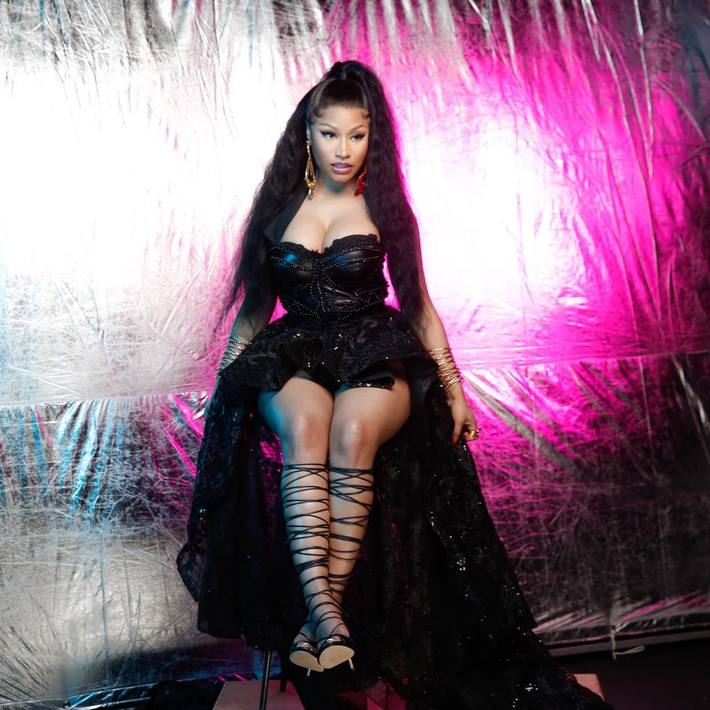 Nicki Minaj is pleading with a judge to seal a videotape of her, fearing it will be leaked to the public.

According to court documents obtained by The Blast, Minaj (real name: Onika Maraj) is asking for a court order to be entered by the judge, prohibiting the release of her videotaped deposition.

The rapper was recently deposed by her ex-stylist Maher Jridi, as part of his lawsuit accusing her of refusing to return expensive clothes. The deposition went down on September 20 in Los Angeles.

Minaj accuses Jridi of refusing to agree not to release the videotape. She says, “Even though parties dealing with each other in good faith routinely enter into form confidentiality stipulations to facilitate the free exchange of confidential information and testimony during discovery, here, Plaintiff refuses to do so.”

The motion continues, “Given Maraj’s fame as a world- renowned rapper and entertainer, she fears Plaintiff intends to publicly disseminate confidential document discovery and pre-trial testimony in order to embarrass or otherwise damage her.”

Further, “Because of some of the subjects explored during the deposition, Maraj’s counsel again raised the subject of a confidentiality stipulation in order to restrict the use and dissemination of the transcript and video of Maraj’s deposition, but again, plaintiff’s counsel refused to agree.” Minaj says the deposition “not your run-of-the-mill deposition."

Minaj says, “Jridi will not suffer any prejudice by entry of a confidentiality stipulation, in fact, his refusal to enter into such an agreement raises concerns that he intends to use the information and testimony for purposes other than to address the issues in this litigation.”

Last year, Jridi sued Minaj accusing her of refusing to return expensive clothes he had borrowed from a third party.

The stylist says he worked with Minaj during 2017 and claims to have rented a bunch of outfits from a wardrobe company for her. He claims to have spent thousands on the rental clothes but never was reimbursed.

In his suit, he explained since he never returned the clothing, the company sued him and won a $74k judgment. The stylist accused Minaj of refusing to pay the bill and causing him emotional damage.

Minaj counter-sued him claiming she overpaid him to the tune of $12,000 and said he promised to repay but never did. She denied his claims of refusing to return clothes and demanded his suit be dismissed.