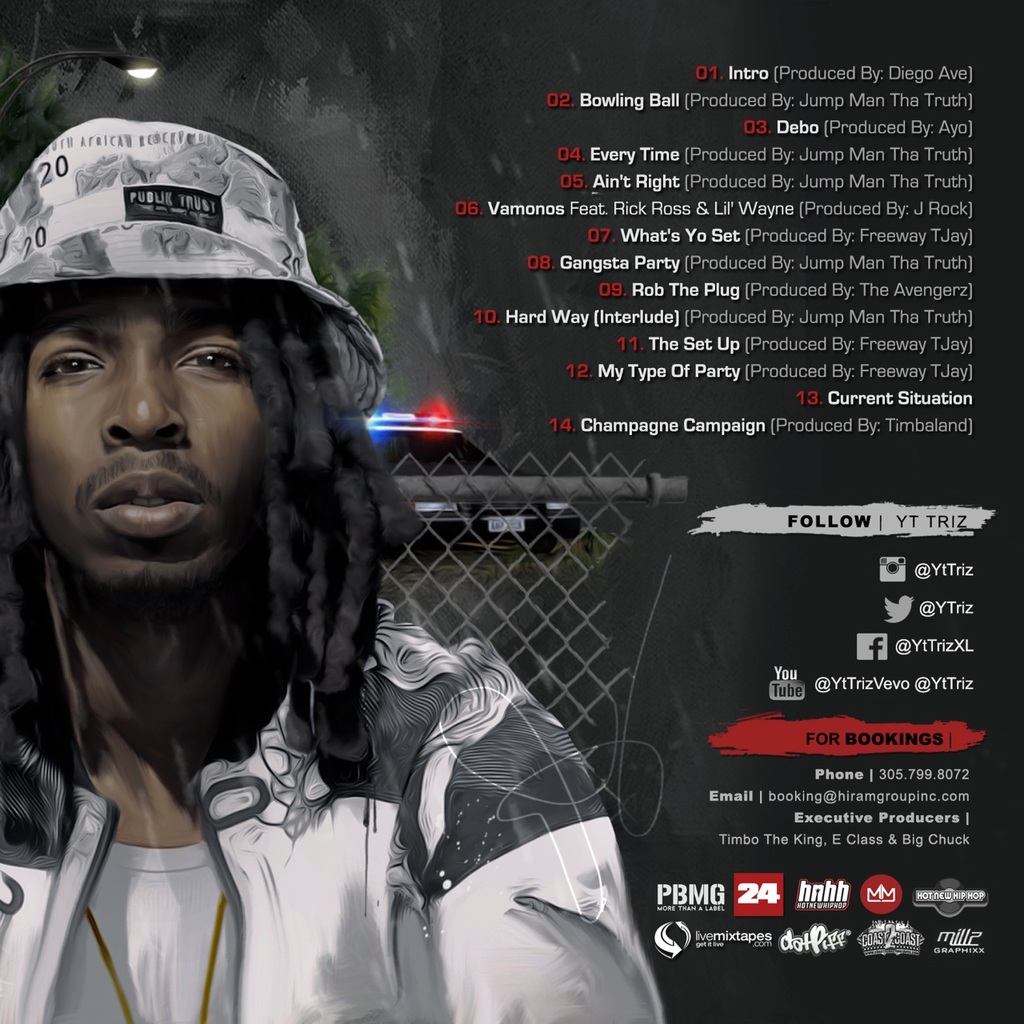 Poe Boy Music Group signee and Orlando native YT Triz recruits Lil’ Wayne and Rick Ross for his new single "Vamonos" that will appear on his upcoming project, ‘Dysfunctional,’ which is released everywhere online today. While the Rozay and Weezy features initially catch your attention on paper, Triz holds his own over the haunting J Rock production. The track has gained over 300,000 plays online since it’s release on April 20.

Ross and Weezy feed off of each other's energy, which showcase their unmatched chemistry together, and each MC delivers a menacing verse. "I remember when I first wrote the record 'Vamonos.' I was on a small tour with J Rock who produced the record. He gave me the beat and I wrote to it in the truck and I ain't think much of it," Triz told Complex Magazine over email. "When I got back to Poe Boy in Miami I recorded it never thinking for a second that it would come as far as it has. It's a dream come true to have artists such as Rick Ross and Lil' Wayne point blank period." The official video for “Vamonos” will be dropping this summer.

Another big name featured on ‘Dysfunctional’ is super producer Timbaland. After a late night listening session between Timbaland, YT Triz, and Poe Boy CEO E Class, he was so impressed with the musical talents of YT Triz that the two immediately got in the studio that night and created ‘Champagne Campaign, the last record featured on the 14 track project. Other notable production on ‘Dysfunctional’ comes from Texas producer Freeway TJay, who produced YT’s last hit “How Can I Lose” featuring Bobby Shmurda. YT keeps most of the production from his hometown producers like Jump Man Tha Truth, Ayo, & The Avengerz. He also tapped Miami producer Diego Ave, who is know as an intro specialist, to compose the Intro for the project.