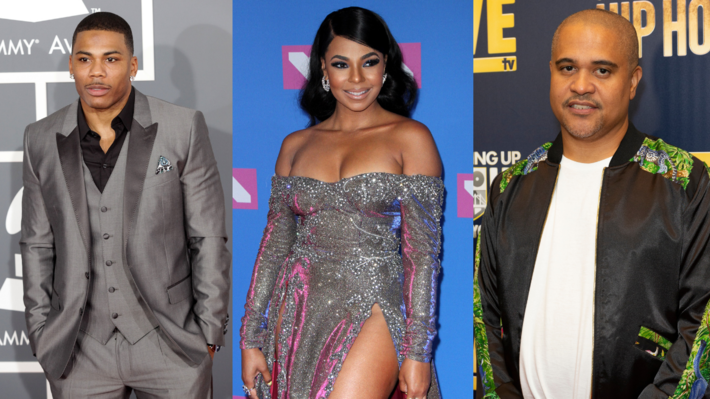 Nelly and Ashanti appear to be putting a little salt in the wound that Irv Gotti is still dealing with upon learning they were dating way back when but it might just be a coincidence. the Murder Inc honcho was N.O.R.E.'s latest guest on Drink Champs which just dropped. In preview clips of the episode, Irv could be heard recounting a lot of Ashanti stories including how he found out she had gotten involved with Nelly. Unclear what year this was, but IG says he was watching an NBA game when he saw the two artists walk out and perform together which left him stunned at the time, as he himself was apparently romantically linked to her too around the same time. Sounds like he still has some sour grapes over it and about his complicated relationship with Ashanti in general. Now, they were already on the bill, which was established well before the new "Drink Champs" episode but people still lost it on social media when they saw that Nelly actually brought out Ashanti during his set this after hers had concluded a few hours earlier. Some are speculating this might've been a petty play at Irv's expense which may be true, especially when you hear Nelly's final joke about "floor seats" at the next NBA game. Folks can make of this what they will, we suppose, but the timing of it is certainly not lost on people even though it may have just came together timing-wise by mere chance. One thing is clear from all this though Irv is definitely NOT on great terms with Ashanti