NELLY BLAMES RECORD LABEL FOR HIS DISAPPOINTING SALES OF HIS NEW ALBUM 5.0! 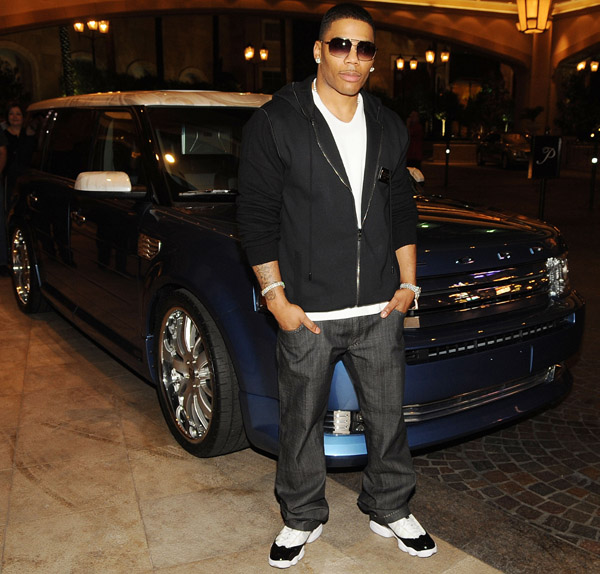 St. Louis rap star Nelly has lashed out at his record label, Motown/Universal over the disappointing sales figures for his latest album 5.0, which landed in stores last week.
5.0, which was released on November 16th, landed at #10 on Billboard's Top 200 Albums chart after moving over 63,000 copies.

Nelly released his album one week before high profile releases by Kanye West and Nicki Minaj, who both trounced the superstar rapper in sales the following week.

Universal label mate Kanye West sold over 530,000 copies of his album My Beautiful Dark Twisted Fantasty, which is expected to debut at #1 this week.

The rapper took to Twitter and blamed Motown/Universal for lack of marketing as the culprit behind the slip in sales.

"A record deal is a 50/50 partnership!As a artist its your job to provide the record company with music that they(record company) can sell," Nelly tweeted. "Thing about the partnership is that n the public eye the responsibility is not 50/50!the artist is always the 1who catches 90% of the blame

The rapper pointed out that his latest album 5.0 has already produced a hit single titled "Just a Dream," which according to Nelly, has sold almost 2 million digital copies.

But the sale of the single didn't translate into successful albums sales for Nelly, who compared artists on record labels to Interns, with no real bargaining power.

"If u only ship 200 thound [thousand] of an album how many are u f#cking tryen [sic] to sell??," Nelly tweeted in anger. "The artist does control that nor does he or she control marketing."

BOTTOM LINE IS THIS! NOBODY WANTS TO HEAR THAT SH!T & WHERE WAS HIS PROMOTION? I AINT EVEN KNOW IT WAS OUT! STOP RECYCLING THESE OLD A$$ RAPPERS! WITH SO MUCH NEW & FRESH TALENT OUT THERE WHY IS IT THE SAME OLD NI**AS IS COMING OUT? SHAME ON YOU RECORD LABELS! AND YOU WONDER WHY THE MUSIC BUSINESS IS FAILING!