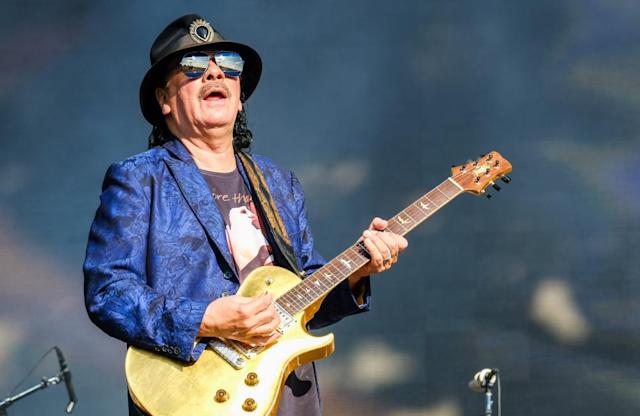 Carlos Santana is recovering after collapsing on stage during a Tuesday night concert in Michigan. the legendary and Grammy-winning guitarist passed out about an hour into his performance at the Pine Knob Music Theatre in Clarkson, Michigan. The venue is 40 miles outside of Detroit. The show was canceled after 20 minutes of first aid was provided on stage. Santana was carted off the stage. Later in the evening, Santana’s management released a message stating he passed out due to a combination of “heat exhaustion and dehydration.” He is now reportedly doing well.