The Bucks declined to leave their locker room for their first-round game with the Magic, slated to begin at 4 p.m. League officials reportedly stood outside the Milwaukee locker room as Orlando players warmed up on the court. The Magic players ultimately returned to their locker room as the arena clock ticked down, and it was later reported that they would not accept a forfeit.

Within an hour of the Bucks’ boycott, the NBA announced the day’s games had been officially postponed, as the Oklahoma City Thunder, Houston Rockets, Los Angeles Laker and Portland Trail Blazers reportedly were planning to sit out their matchups.

“We’re tired of the killings and the injustice,” Bucks guard George Hill told The Undefeated.

Players are expected to meet Wednesday night as they attempt to figure out their next steps, according to The Athletic.

The shooting of Blake, which was caught on video and left him paralyzed from the waist down, has sparked another wave of nationwide protests against police brutality.

Alex Lasry, the senior vice president of the Bucks, tweeted: “Some things are bigger than basketball. The stand taken today by the players and org shows that we’re fed up. Enough is enough. Change needs to happen. I’m incredibly proud of our guys and we stand 100% behind our players ready to assist and bring about real change.”

The boycott comes as NBA players have continued to speak about social and racial injustices following the killings of George Floyd and Breonna Taylor, among others.

Players have sported social-justice messages on their jerseys and knelt during the national anthem, while ‘Black Lives Matter’ has been emblazoned on the courts in the Disney World bubble.

Before the league restarted in July following a coronavirus-induced pause, some players, include injured Nets star Kyrie Irving, initially voiced concerns about playing inside a bubble amid the country’s reckoning on racism.

NBA players quickly took to social media to stand in solidarity with the Bucks’ decision to boycott.

The Toronto Raptors have been discussing a potential boycott of their semifinal opener against the Boston Celtics. Both teams, as well as NBA players association representatives spoke of bringing the focus back to social justice.

“At the end of the day, if we’re gonna sit here and talk about making change, then at some point we’re gonna have to put our nuts on the line and actually put something up to lose, rather than just money or visibility,” Raptors guard Fred VanVleet said Tuesday. “We’ve gotta take responsibility as well. Like, what are we willing to give up? Do we actually give a f— about what’s going on, or is it just cool to wear ‘Black Lives Matter’ on the backdrop, or wear a T-shirt? Like, what does that really mean? Is it really doing anything?”

The NBA refs association said it stood with the players’ decision to boycott.

“There are more important issues in our country than basketball and we hope this will inspire change,” it said in a statement.

On Tuesday, the NFL’s Detroit Lions canceled their practice to protest the shooting of Blake, which is currently being investigated by the Wisconsin Division of Criminal Investigation.

The unidentified officer who shot Blake has since been placed on leave. 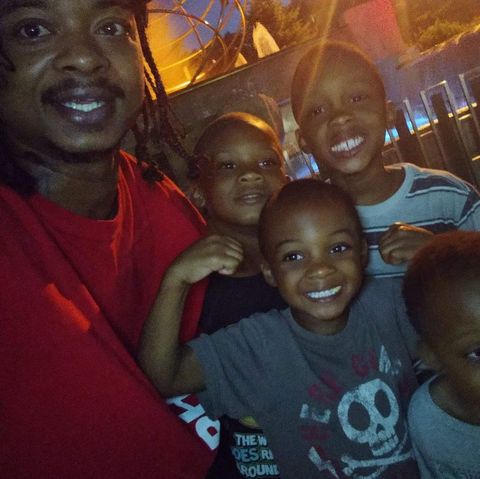