The sons of Tito Jackson claim Radar libeled them when it cited unidentified sources as saying authorities believed the superstar kept “sexy” photos of his nephews to “excite young boys" and may have victimized members of his own family. 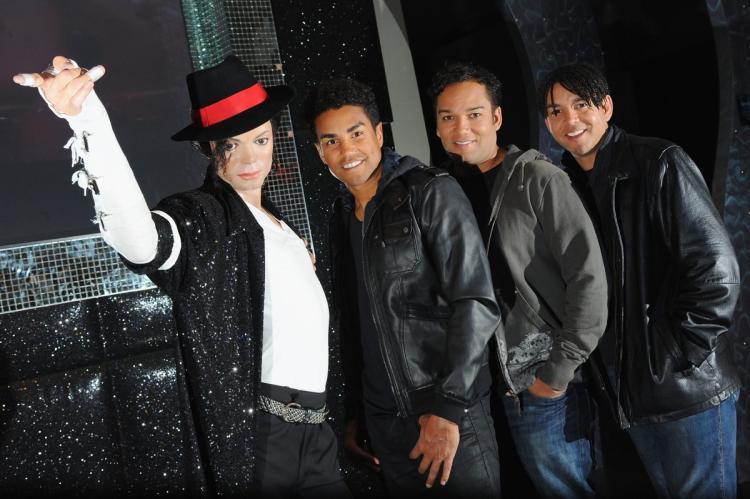 The article quoted one alleged insider as saying Jackson “spirited” an unidentified relative away to an island to hamper a police probe – and later bought the relative “a brand new car.”

The exotic trip and car were meant “to shut them up,” the Radar story said.

“Radar’s readers and others would reasonably have understood Radar’s libelous stories as asserting that Michael Jackson’s nephews, who were in the band 3T, were bribed by him to conceal his criminal behavior,” the nephews’ lawsuit argues.

The complaint states that Jackson never sexually abused his nephews or ever had “any sort of sexual contact with them.”
“None of plaintiffs ever did anything to conceal any criminal conduct of Michael Jackson and none of them was ever spirited off to any island or was ever bought a brand new car to shut them up,” the lawsuit continues.

Taj, Taryll and TJ Jackson – now 42, 40 and 38 years old, respectively – claim they sent Radar a demand for a correction on July 5 and were told the publication stood by its story.

Each of the three plaintiffs is suing for $35 million, the lawsuit states.

A spokesman for American Media, the parent company of Radar, defended the story in a statement early Thursday.

“It’s curious and revealing that plaintiffs have not attached the Radar article to their complaint. The article does NOT accuse Michael Jackson of molesting his nephews, nor does it accuse them of accepting a bribe,” the spokesperson said.

“The Radar article clearly states that detectives reported that Michael Jackson may have used photos of his nephews 'to excite young boys.' This theory was, in fact, presented by the prosecution during Michael Jackson’s 2005 criminal trial. Radar looks forward to correcting plaintiffs’ misstatements in a court of law,” the spokesperson said.