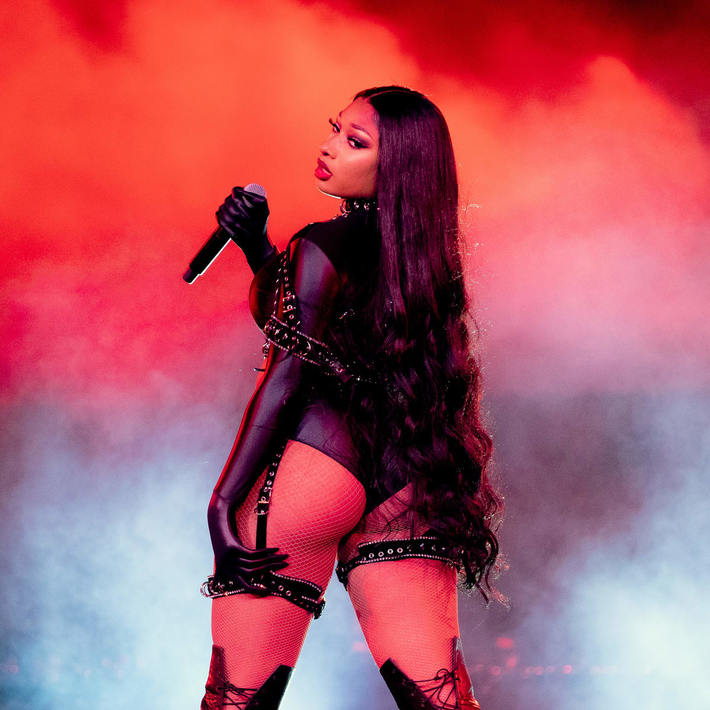 If you were wondering if and how Megan Thee Stallion was going to slay Tory Lanez on her much-anticipated debut album, it doesn’t take long to find out. On “Good News,” which dropped early Friday, the “Savage” rapper comes out blazing with “Shots Fired,” a diss track aimed directly at her ex, who allegedly shot MTS in the feet in July.

Over the Notorious B.I.G.’s classic “Who Shot Ya” beat, Megan, 25, fires away: “And if it weren’t for me/Same week you woulda been indicted . . . You offered M’s not to talk/I guess that made my friend excited.”

But the lyrics seem to reveal that Megan wasn’t actually shot with bullets: “You shot a 5-10 bitch with a .22/Talkin’ ’bout bones and tendons/Like them bullets wasn’t pellets.”

“Good News” arrives as Megan Thee Stallion has become the hottest female rapper in the game. After last year’s “Hot Girl Summer” anthem, she followed up with two No. 1 hits in 2020: her Beyoncé-boosted “Savage (Remix)” — which is included on “Good News” — and her “WAP” smash with Cardi B.

To celebrate the release of her first album, Megan Thee Stallion will take the stage at the American Music Awards on Sunday. And you can expect her performance to be nothing less than savage.