MAYOR BLOOMBERG IS A LOW DOWN DIRTY LEPRECHAUN! NOT ONLY DID HE BUY HIS THIRD TERM HE BROUGHT INFLUENCE & SILENCE! 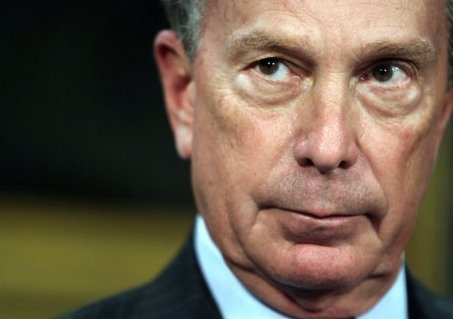 The mysterious $750,000 shell company that ran his Election Day poll-watching operation was paid by the state Independence Party, using $1.2 million Bloomberg gave from his own pocket.

Not a penny of it was disclosed until January. All the headlines about how operative John Haggerty can't account for the $750,000 came out after the election was over.

None of that was disclosed at the time, either, back when voters could have seen which landlords were dropping $45,000 apiece on those candidates - and could have voted accordingly.

A year earlier, Bloomberg dropped another $1.2 million on the Independence Party just as he was pushing to extend term limits with a professional-grade operation that never explained how it was funded.

All those donations went to an Independence Party account that reports its doings only in January and July - and is only supposed to be used for "ordinary activities," not "promoting the candidacy of specific candidates."

The law is flimsy, though, and Bloomberg and party officials believe it was porous enough to soak up the cash without penalty.

Critics say they broke the law, but since the donations were reported to the notoriously toothless State Board of Elections, don't expect a robust probe to find out who's right.

The city's own Campaign Finance Board, by contrast, runs one of the nation's most rigorous monitoring programs for political spending. It audits campaigns, asks for supporting documents and holds candidates to account.

The CFB does it because most city candidates - Mayor Bloomberg not among them - run for office with tax dollars. In exchange for taking public money, candidates forswear big bucks from special interests and agree to intensive monitoring.

Still, clever candidates always find loopholes. The CFB plugged one last year after Bloomberg's challenger, William Thompson, complained that the mayor's personal donations were buying him support without any disclosure.

The CFB agreed. Starting this year, all candidates must report any cash they give from their own pockets to a party.

The board also wants to force outside groups to report their independent spending on city campaigns, so New York voters will have a full picture of who's backing whom before casting ballots.

"There's a gap in disclosure of political activity at the city level," CFB spokesman Eric Friedman said of the board's proposal, which it hopes to enact this year.

For New Yorkers who want to know that, it would have been a helpful law during last year's campaign - and during the push to extend term limits a year earlier.

As the law stands now, though, a smart candidate can buy influence - and silence.