A serial sexter obsessed with the singer Ashanti was indicted Friday on charges he has kept up his lurid bid to woo the Grammy Award winner.

Devar Hurd, 35, who was jailed in 2010 for sending pics of his privates to Ashanti via her mom, has been busted again for sending the singer more than 100 “sexually explicit” tweets, prosecutors said.

Hurd started sending the X-rated missives to Ashanti and her family members soon after he got out of prison in November 2010, prosecutors said.

Charged with aggravated harassment and stalking, Hurd was sent to jail Thursday. A judge set his bail at $750,000.

Ashanti and her manager mom, Tina Douglas, were spotted walking into the office of the Manhattan District Attorney on Friday.

It’s unclear whether they were there to speak with prosecutors or testify before a grand jury.

On her way out of the office, Ashanti — wearing a figure-hugging black and white summer suit — refused to comment. 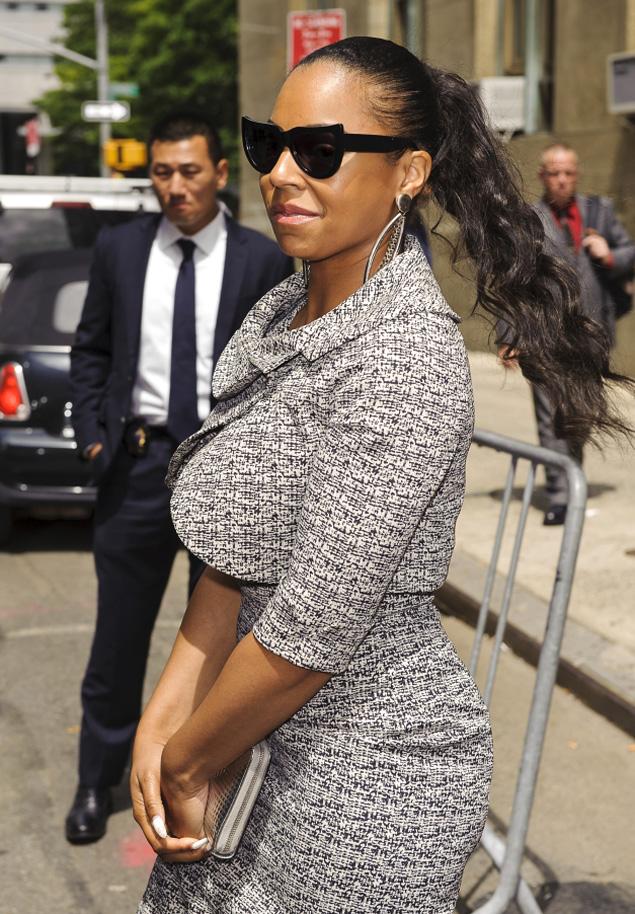 Hurd referenced the case in a tweet earlier this month.

“Yeah, it’s me, the falsely accused stalker,” he wrote.

In the 2010 case, Hurd testified that his love for Ashanti blossomed after he briefly locked eyes with the star during a show in his hometown of Chicago.

“That's sex texting, for the ladies,” Hurd said. “She welcomed it.”