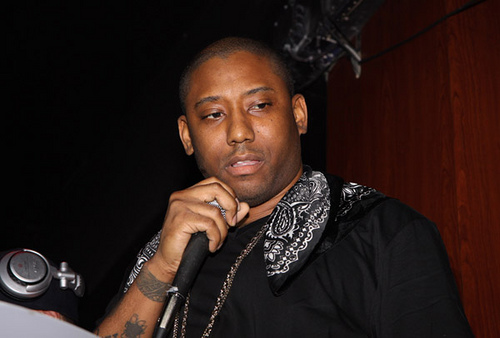 "Push For Peace" Panel that Included Maino, Prodigy, Bronx Borough President Ruben Diaz, and Normal Seabrook the Correction Officer Union Leader. In this clip,Maino talks about how every child shouldn't aspire to be a rapper or athlete. Seabrook then says they should be corrections officers. Maino ignores the comment but then the Bronx BP steps in and says "It's good enough for Rick Ross".

Classic comedy. This event was hosted by Lisa Evers of HOT97FM's "Street Soldiers.