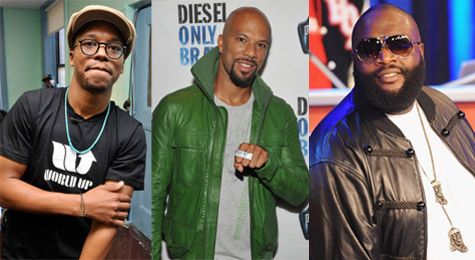 The Grammys are serving up a hip-hop history lesson. Some of today’s biggest rappers will come together to pay tribute to Grandmaster Flash and the Furious Five at the “The GRAMMY Nominations Concert Live!! — Countdown to Music’s Biggest Night.”

Lupe Fiasco, Common, Rick Ross, and host LL Cool J will take the stage with Grandmaster Flash, Melle Mel, and rapper Scorpio for a special performance of “The Message,” the seminal recording by Grandmaster Flash & The Furious Five featuring Melle Mel and Duke Bootee, newly inducted into the GRAMMY Hall of Fame.

The show, which will also announce nominations in several categories, will be broadcast live from the Nokia Theatre in downtown Los Angeles on November 30 at 10 p.m. EST.

Other performers include Rihanna, Lady Gaga, Ludacris, and Usher, with appearances from Nicki Minaj, Katy Perry, and Taraji P. Henson.