Lorde's Birth Certificate Released To Dismiss Rumors About Her Age 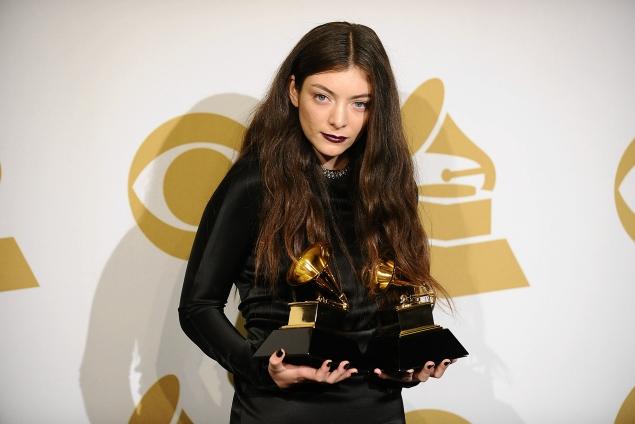 If you ever questioned whether Lorde is really a teenager, wonder no more.

The Hairpin website published the Grammy winner’s birth certificate on Tuesday to resolve rumors that the singer was older than her publicly stated age of 17.

The site ordered a copy of the document from Lorde’s home country New Zealand, and Hairpin writer Emma Carmichael said that the certificate “effectively shuts down any lingering doubts in regards to Lorde’s real age.” She added that the site obtained the document in response to online speculation, with some doubters (jokingly) dubbing themselves “Lorde age truthers.” 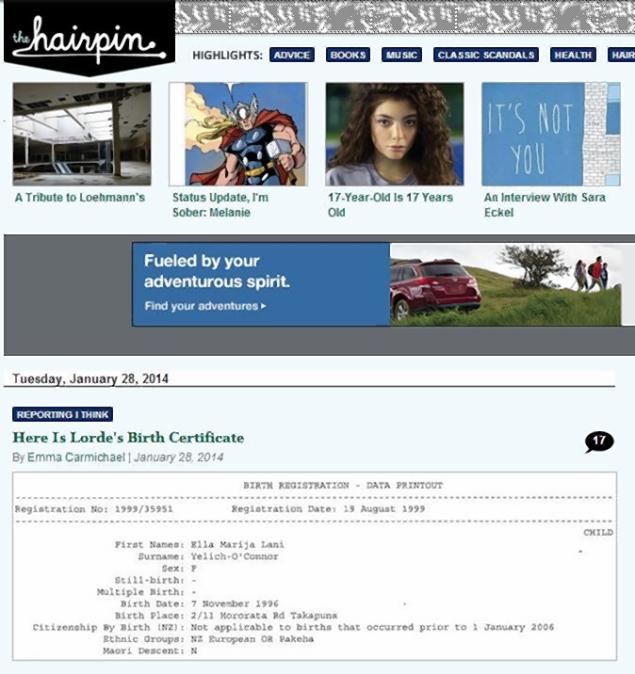 Lorde has had an eventful week: She won two Grammy Awards on Sunday, held at the Staples Center in Los Angeles. One of her awards was Song of the Year for “Royals,” which she also performed during the show.

The pop star expressed her gratitude in a full-page ad published in the Wednesday edition of the New Zealand Herald, which coincided with her triumphant return home to play a concert in Auckland.

“Holy crap,” she wrote. “Thank you for the time you’ve given me these past 14 months ... Without your support there’s no way I would ever have gotten to stand in the middle of the Staples Centre (sic) and perform in my school shoes.”

“I can’t wait for tonight’s show,” Lorde added. “Together, we’ll make it magic.”