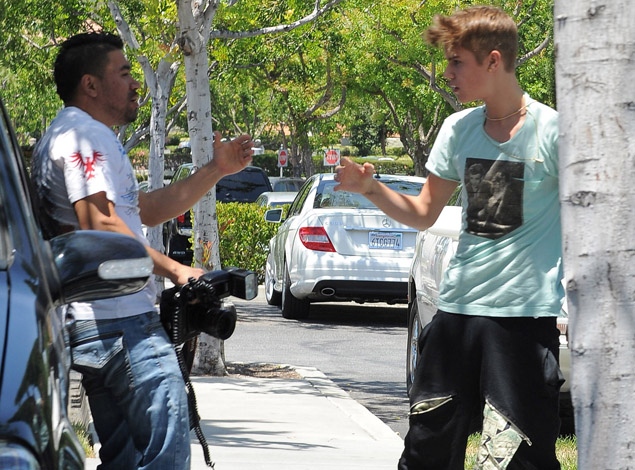 Justin Bieber is a wanted man.

The pop star is currently under investigation for possible misdemeanor battery over an alleged scuffle with a paparazzo that occurred over the weekend in Calabasas, Calif.

Los Angeles County Sheriff's investigators are looking to interview Bieber over claims he roughed up the photographer who was trying to snap pictures of the singer and girlfriend Selena Gomez as they made their way out of a movie theater at The Commons at Calabasas Shopping Center.

According to TMZ, witnesses saw the photog blocking Bieber’s car as he was trying to leave. The alleged altercation then occurred after the singer reportedly got out of his vehicle and confronted the man.

Bieber may have been in fighting shape after spending time in the gym with former heavyweight champ Mike Tyson just days earlier. New video obtained by TMZ shows the Canadian crooner pounding a heavy bag as a smiling Tyson gives pointers during the session.

The photographer, however, wasn’t smiling after the alleged assault when he called 911.

The photographer complained of pain to his chest and was taken to a local hospital where he was treated and released, officials said. 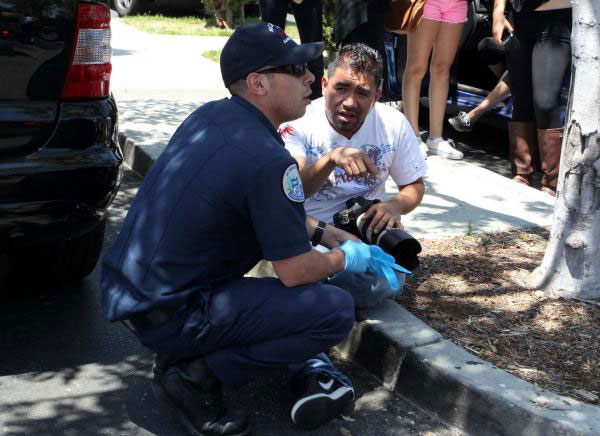