LOL! INDONESIA BAN ON TIGHT PANTS SHOULD BE EXTENDED TO HIP HOPPERS! 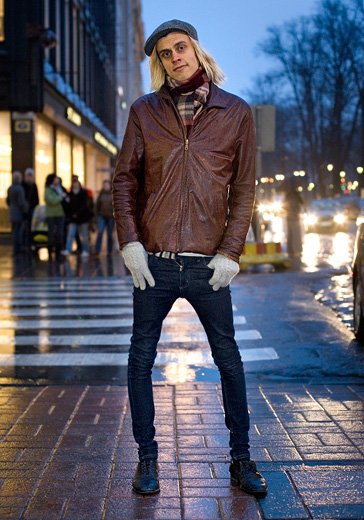 Indonesian lawmakers, following Sharia law, decided to ban women from wearing tight pants, with authorities issuing out over 20,000 long skirts throughout the province of Aceh. While we're all for freedom of expression, we think the tight pants ban in Indonesia should be extended to include some of hip hop's culprits: Lil Wayne, Kanye West, Drake, Soulja Boy - we're talking to you guys. And to justify the laws, we came up with a few reasons for the tight pants ban:

1) Tight pants restrict your blood flow - maybe the reason why your collective performances don't consist of any dancing or even moving around the stage has to do with your inability to move freely. Even female performers don't wear tight jeans on stage for that very reason.


2) No one wants to see your underwear - these guys have the nerve to not only wear tight pants, but then they sag the pants and wear short shirts to boot. Are you guys trying to make another statement by showing us your scooby doo underoos??


3) Tight Pants shortage - when you guys buy up all the tight pants at the Express in Lenox mall, what's left for the females?? Arrgghhh!