LOL! AMERICANS ARE A BUNCH OF PILL POPPERS! 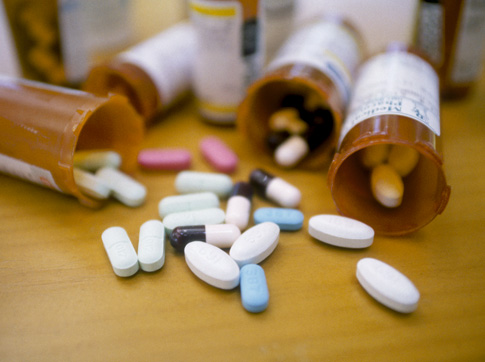 Deciphering the instructions on a prescription bottle is a big headache for patients - who are popping pills more often than necessary, researchers say.

A survey of nearly 500 people found they took pills six times a day on average - when they needed to take them only four times a day, the Archives of Internal Medicine reports.

The participants were given seven pills to take over 24 hours and a typical set of dosing directions.

But the patients were confused, and set up complicated regimes for themselves.

In one case, even though two pills could be taken together, 80% took them at separate times because one bottle read take "twice daily" and the other listed "every 12 hours."

Half took two different medications separately because one said it needed to be swallowed "with food and water" - although both could be taken together.

Researchers said the findings are a case for better communication between pharmacists and customers.

"As health care providers, we don't tell them to take drugs as few times a day as possible. Our instructions are sometimes vague," said Michael Wolf, author of the study and a professor at Northwestern University in Chicago.

The trend was worse among those who are barely literate, said researchers, who warned that the pattern could lead to people taking incorrect doses.

"If you have a chronic disease, these are drugs you have to take day in and day out so long-term adherence to medication is a huge issue," said Wolf.