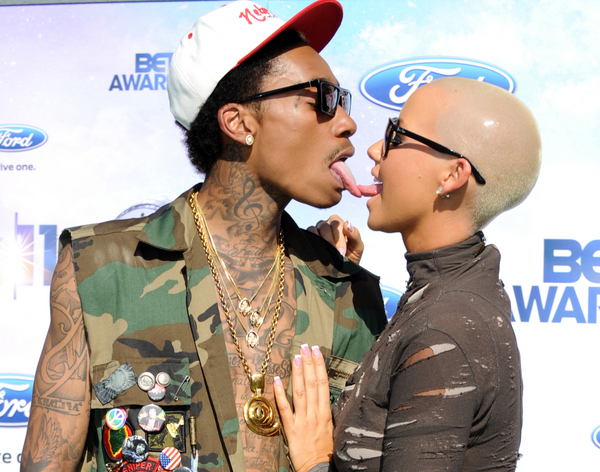 Amber Rose is ride or die for her man (husband?) Wiz Khalifa! She made that plain and clear in a recent interview on Hot 97. The interviewer asked her several questions surrounding Kanye and for the most part she kept things clean and cool. However, when he asked her about what she thought would happen if a fight were to take place between Kanye and Wiz, Amber’s true colors came out!
The interviewer asked, “If we were at The Source awards and it was 1995 and they (Kanye and Wiz) threw down, you think Wiz could take Kanye?”

Amber replied, “I think he would beat the crap outta Kanye. And I’d kick him while he was down. I’d be right there with him.”