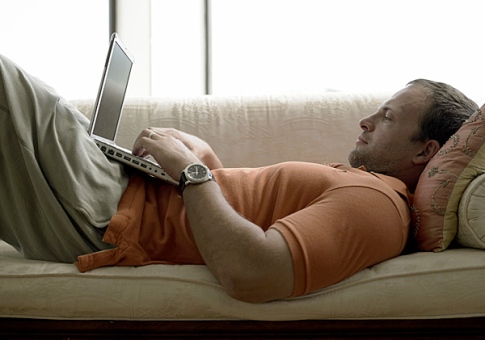 WiFi technology may cause a major handicap for men hoping to build a family: sperm damage.

A team of Argentine scientists led by Conrado Avendano of the Nascentis Center for Reproductive Medicine in Cordoba found that placing drops of semen from healthy men under a laptop connected wirelessly to the Internet kills or maims the little swimmers.

The scientists reported their findings this month in the medical journal Fertility and Sterility.

After four hours next to the WiFi-connected computer, 25% of the sperm had stopped moving and nine percent showed DNA damage.

By comparison, semen kept at the same temperature but away from the computer showed just a 14% drop in mobility and only 3% suffered DNA damage.

Semen placed under the computer without the WiFi connected did not experience significant levels of sperm damage, the study says.

Avendano blames the discrepancy on the electromagnetic radiation emitted by wireless communication.

"Our data suggest that the use of a laptop computer wirelessly connected to the Internet and positioned near the male reproductive organs may decrease human sperm quality," Avendano and his team wrote in this month's article, Reuters reports.

The study is not the first to sound an alarm over the potential of mobile communications technology to undermine sperm health.

Computers also wreck havoc on semen just by being hot.

A 2004 American study found that placing a portable computer on the user's lap could boost scrotum temperature by nearly three degrees. Scientists have established that heat damages sperm.

That's the funniest sh!t I heard in a long time!