LMAO! AFTER NICKI MINAJ GOT CALLED OUT FOR LIP SYNCHING ON THE BET AWARDS SHE SAY'S BLAME IT ON TV LAND! C'MON SON! 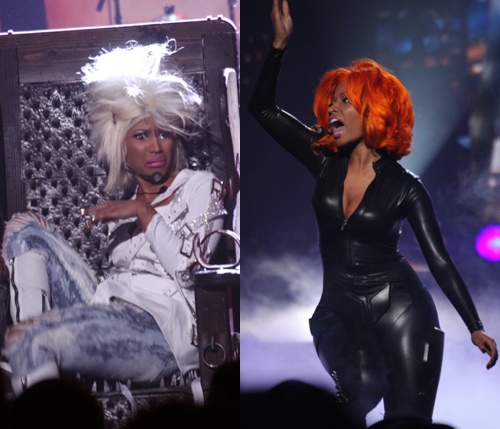 It was obvious that the BET Award winner Nicki Minaj could not be heard during her BET Awards performances. All the tv audience could hear was her verse playing via the studio track in the background while everyone else on stage was clearly live.

When folks started going in on Nicki for not being able to rap live on just a verse or two on the two songs she did, she took to Twitter to blame it on the sound guys.

“U could hear me in the auditorium but apparently not in TV land…Shout out to the sound guy. They say it’ll b fixed wen it re-airs. :/”