LL COOL J & THE BEASTIE BOYS GET NOMINATED FOR THE ROCK AND ROLL HALL OF FAME! 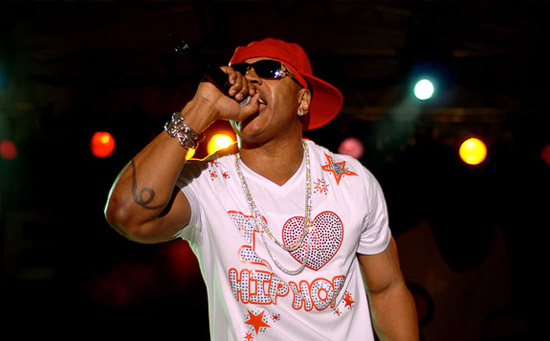 Hip-Hop veterans LL Cool J and The Beastie Boys are two of the 14 artists up for possible induction into the Rock and Roll Hall of Fame in 2011, officials have revealed.
This is the second year that LL Cool J has been nominated for an induction, which only eligible to artists who released their first album, or single before 1986.

LL's first release came in 1984, when he released his first single "I Need A Beat," which was created by legendary producer Rick Rubin and T-La Rock.

One year later, LL's classic album Radio was released on the Def Jam label, which was owned by Rubin and Russell Simmons.

Since then, LL has sold over 20 million records worldwide, fueled by hits like "I Need Love," "Jinglin' Baby," "Around the Way Girl," "Head Sprung," "I Can Love You Better" and others.

The Beastie Boys released their first album License to Ill in 1986, also for Def Jam, and since then, the group has released seven albums and sold in excess of 30 million copies worldwide.

"We believe our nominating committee has put forth a list of artists that truly represents the wide variety of music that defines rock and roll," Joel Peresman, president of the Hall, said in a statement.