LIL WAYNE PREPARES FOR HIS COMEBACK! HE'S GOT 4 MORE DAYS LEFT IN THE BING! 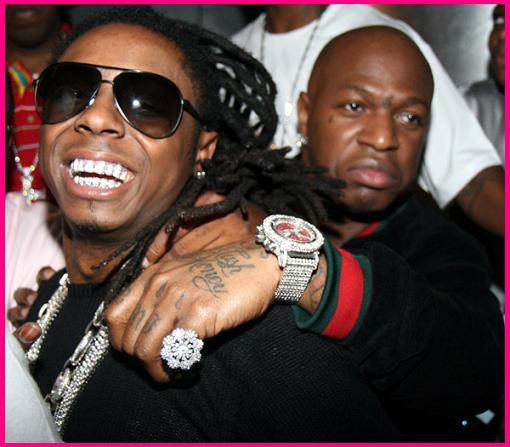 Lil Wayne is writing furiously in anticipation of his post-prison return to Hip-Hop, family and the free world.
“He hasn’t written out rhymes since the Hot Boys,” Birdman told Rolling Stone in the November edition of the magazine. “There’s a different swagger coming from Wayne, different things to talk about.”

Lil Wayne has served eight months in Rikers Island in New York on weapons charges. The rapper recently was banished to solitary confinement after guards found an mp3 chargers and headphones in his cell, forbidden items considered contraband.

“He’s had time to take everything in from the years leading up to this to going in,” Bryant said. "He's finally been able to put things in perspective."

When he is released, Birdman aka Baby said Wayne will go straight to the studio to record his new material. Wayne is expected to release Tha Carter IV in early 2011.

“He’s our super superstar, he’s our Michael Jackson.” Birdman said. “We did great while he was gone, and I know we’re going to do even better when he comes home.”

Lil Wayne is set to leave Rikers on Nov. 4. He is expected to spend time with his immediate family and then have a party in Miami.