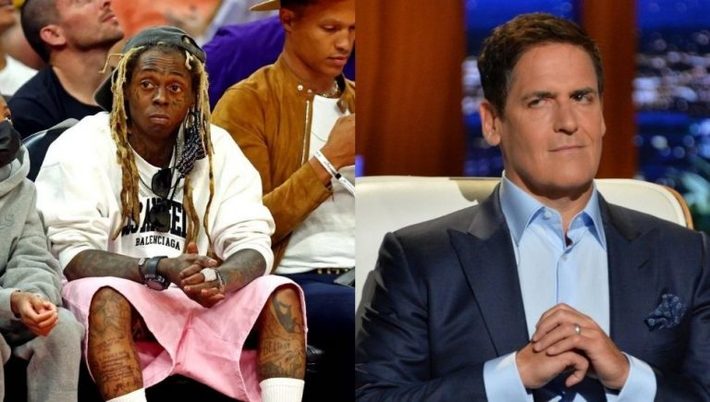 As the Western Conference Finals were heating up last week, so was a beef between Lil Wayne and Dallas Mavericks owner Mark Cuban. Lil Wayne was rooting for Phoenix Suns in their second-round matchup with the Dallas Mavericks. The Suns would lose but earlier in the series, Weezy let off his feelings about Mavs superstar Luka Doncic, calling him a “ho. Once the Suns were blown out and bounced out of the playoffs, Mavs owner Mark Cuban found that tweet and offered one of his own, using lyrics from Wayne’s “Uproar. Wayne saw it and fired back: “Mark Cuban don’t make me et u smacked boy U playin w me?? I will piss in ya fkn mouth ho and now the two met courtside in San Francisco. and made peace