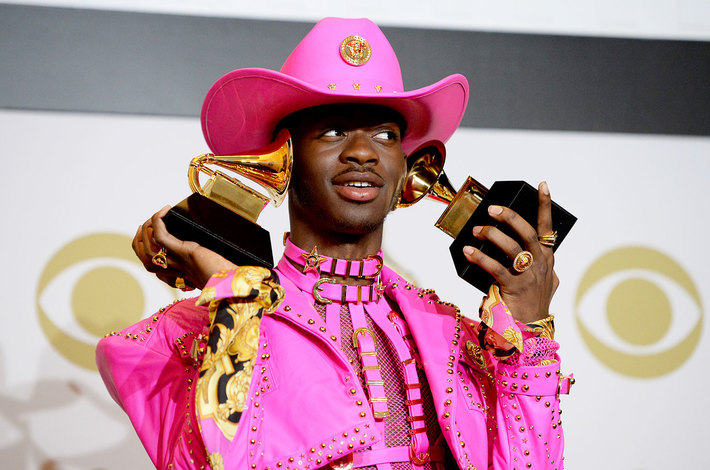 “OLD TOWN ROAD IS OFFICIALLY 14 TIMES PLATINUM!,” Nas happily wrote on Twitter. “MOST PLATINUMS FOR ANY SONG EVER! LETS GOOO!”

Although this is a big accomplishment for the singer, this isn’t the first accomplishment for his single. Back in 2019, the single was acknowledge for most weeks at No.1 on the Billboard Hot 100 chart. Both Lil Nas and Billy Ray Cyrus were presented with a grammy for the “Best Music Video” category at the 62nd Grammy Awards.

This is a big win for Lil Nas X as just a few months ago, there was a lot of negative criticism thrown his way for his choice in costume for Halloween. The singer dressed as Nicki Minaj and recreated her infamous “SuperBass” look. Dave East and other celebrities were quick to throw shots at Lil Nas, calling him a “Bati mon.”

When Lil Nas was asked about how he felt about East’s remarks, he simply responded by saying, “I honestly have gotten this question so many times, it’s like, I have the No. 1 song in the country. I do not give a f*ck about what Dave East is saying.”

If don’t worry about the haters, keep your eye on the prize was a person, it would be Lil Nas X. Congratulations to Lil Nas on his accomplishments.