LeBron James Fined $15K For Grabbing His Crotch At Crowd 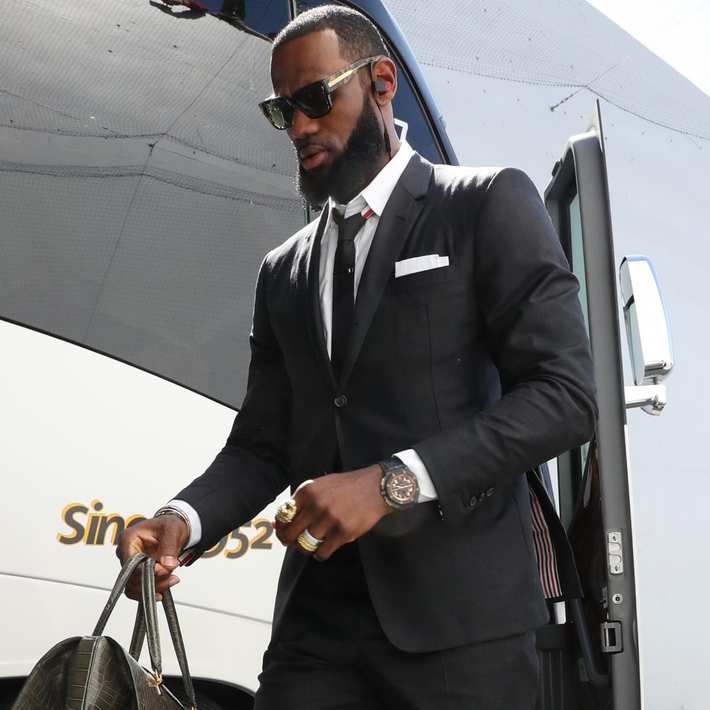 LeBron was in Indiana with the Lakers, and after making a pretty awesome shot, he grabbed his crotch. Now there's a backstory here. Two Indiana fans had just been ejected for grabbing their crotch presumably taunting LeBron and it apparently caught his eye. After making the next shot, LeBron returned the favor to the crowd by grabbing his crotch. LeBron said after the game, "When obscene gestures and language come into it, can't be tolerated. There's a difference between cheering for your team and not wanting the other team to win, and things I would never say to a fan and they shouldn't say to me. The Lakers won in overtime 124 to 116 nevertheless, it's been a rough November for one of the best players ever. As you know, LeBron was suspended a week ago after elbowing Detroit center Isaiah Stewart. After a bloodied Stewart went after LeBron, both players were booted from the game. LeBron was also suspended for a game, which enraged him. He called busllshit on NBA officials who benched him, saying the elbow was unintentional. He said he merely "grazed" Stewart. BTW the "bulls***" comment didn't sit well with NBA officials they gave him a warning. LeBron explained the contact with Stewart this way His elbow got kinda high, got me off balance a little bit. His elbow lifted my arm. I basically tried to swim move down on his arm. When I went down on his arm, he got off balance, and the left side of my hand grazed his face definitely accidental. Interestingly, LeBron understood why he and Stewart were ejected, saying, "I thought it warranted an ejection because of what happened after that, but a suspension, I didn't think it was warranted. But, the league made that call.