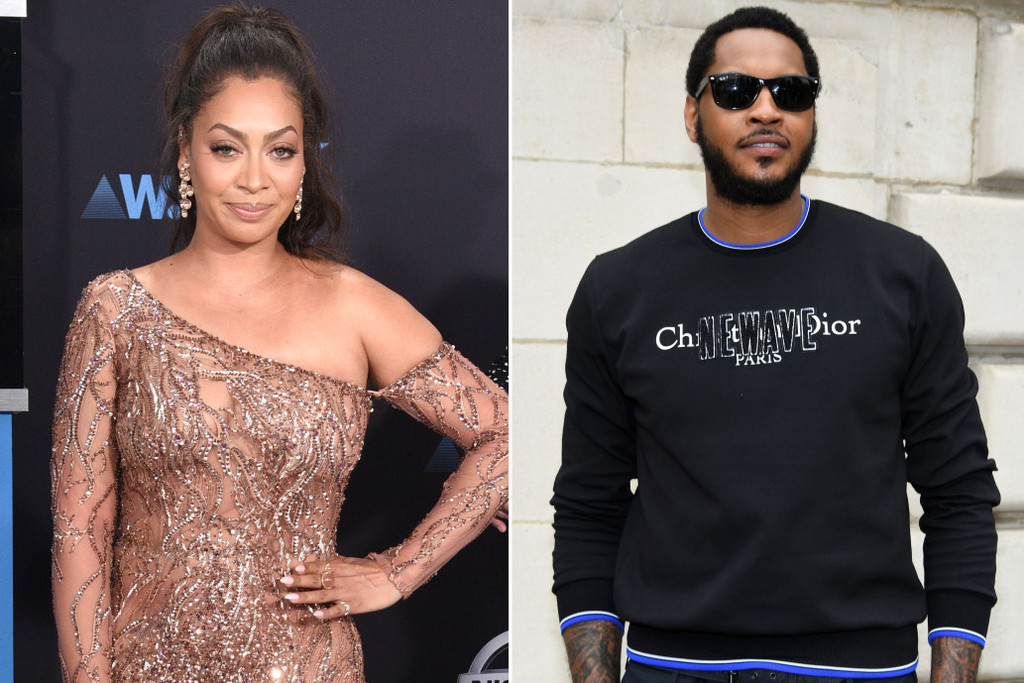 “Not right now,” La La confirmed on Tuesday’s episode of “The Wendy Williams Show.” “Marriages are tough, you know that, we all know that. It’s filled with ups and downs. We’re going through a time right now, but him and I are the best of friends. And our number one commitment is to our son, Kiyan.”

The couple, who were married for seven years and together for a total of 12 years, officially separated in April. Carmelo is accused of knocking up a stripper.

Despite the drama, La La had nothing but positive things to say about the athlete. “I would absolutely never say a bad thing about my husband,” she said. “That’s my son’s father and he is an amazing dad.”

When quizzed about her own romantic life – as she’s been spotted on both coasts looking her absolute best while hanging with her gal pals – La La kept it self-positive.

“I’m dating myself,” she quipped. “I’m trying to get myself in order. I’m in the gym everyday. I’m eating right. I’m taking out all the bad stuff in my life and just really dating and focusing on myself.”