Kobe Bryant game-worn jersey has just hit the auction block has learned the piece is so rare, the seller could net a FORTUNE for it. The #8 Lakers uni was worn by Kobe during home games including two playoff games during his 1996-1997 rookie season. Experts at SCP Auctions say it's the only jersey ever photo-matched from Mamba's rookie campaign making it one of the most valuable pieces of NBA memorabilia to exist. In fact, David Kohler, CEO/President at SCP, tells us it could ultimately fetch $5 MILLION. Experts say Bryant, who entered the league straight out of high school, wore the specific jersey five times on April 11, April 13, April 17, May 8, and May 10, 1997. In the May games, Bryant played against Karl Malone and the Utah Jazz in the Western Conference Semifinals, marking the first time he played in the postseason. The jersey is gold in color with purple trim and has the #8 on the front along with the name Bryant stitched on the back. It has two patches at the bottom one indicating Kob wore a size 44. The Lower Merion product ended up spending 19 more seasons in the league all with the Lakers eventually retiring with 5 NBA championships, 2 Finals MVP awards and is regarded as one of the greatest players in league history. 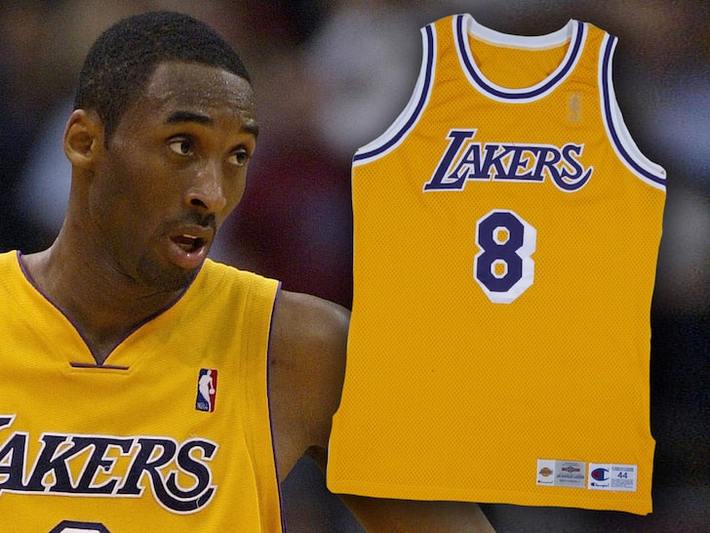