KIM KARDASHIAN DRESSES AS A MERMAID FOR HALLOWEEN! 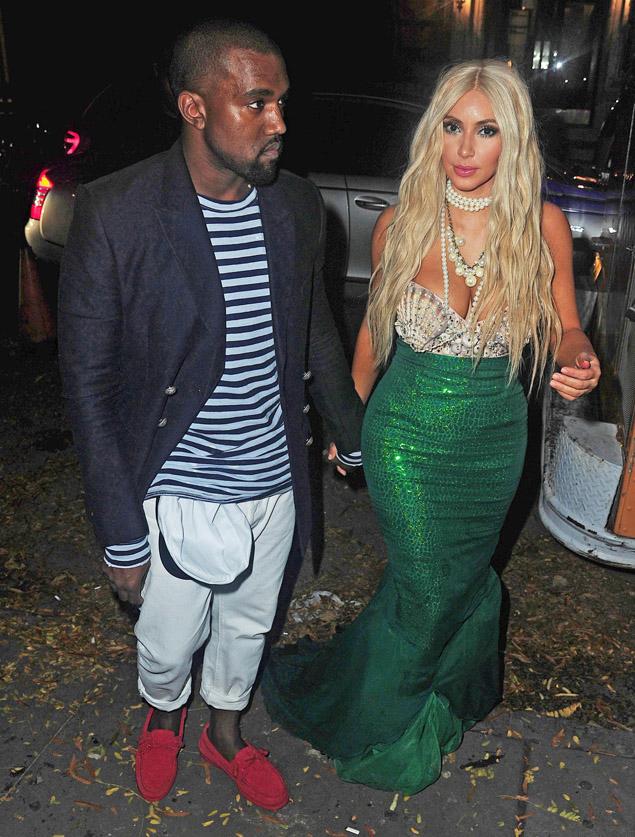 They always make an effort to match on a daily basis, so it was no surprise that Kim Kardashian and Kanye West coordinated their Halloween outfits over the weekend.

Kardashian, 32, never one to shy away from a chance to play dress-up, donned a long blond wig, a seashell bra and a form-fitting green "tail" to complete her look as the sexy mermaid from fantasy movie "Splash."

Daryl Hannah played the character in the 1984 film, opposite Tom Hanks as her two-legged beau.

So naturally West, 35, got his sailor suit on - a nautical striped shirt, blazer and rolled khakis - for his half of the dynamic duo.

"Getting ready for my Midori Halloween party tonight!!!" the reality star tweeted Saturday before making the big reveal. "Any idea of what my costume will be???"

Kardashian is a spokesperson for the liquor brand.

The couple posed for numerous photos together, and Kardashian proudly captioned one shot "Me and my captain!"

West even did due boyfriend diligence at the event later that night, taking photos of his buxom gal pal - presumably for her to post later for fans - while she mugged on the red carpet. 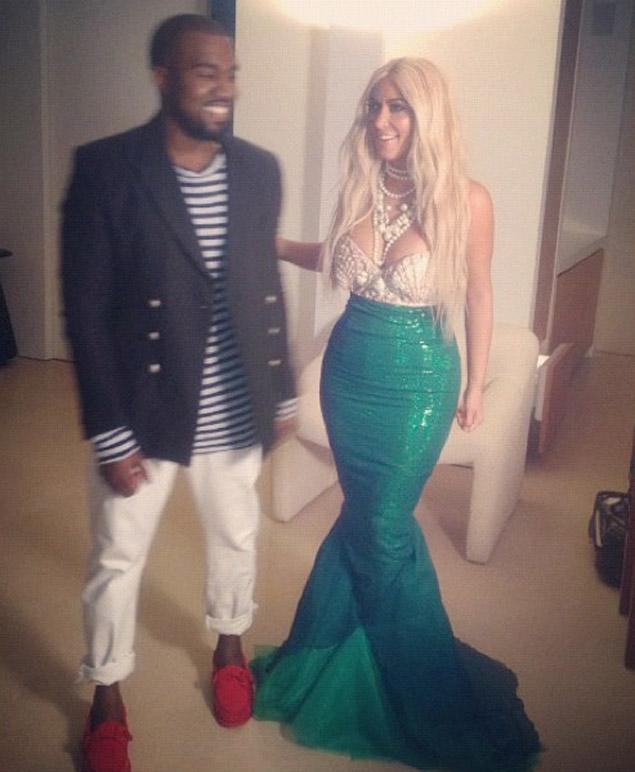 WTF Is Up With Ye's Pants Tho