KILLED FOR SPREADING RUMORS ON MYSPACE! 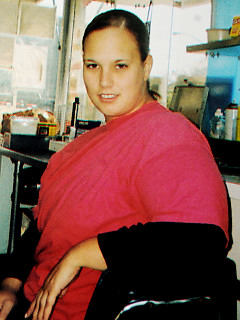 This one may be the MySpace killer.

A 28-year-old Brooklyn man is expected to be arraigned Tuesday afternoon in the strangulation of a Staten Island woman he believed was spreading rumors about him on MySpace, law enforcement sources said.

Calvin Lawson, who was busted Monday, confronted Caroline Wimmer at her West Brighton apartment on March 30. He accused her of bad-mouthing him, possibly on social networking sites like Facebook and MySpace, the sources said. He claimed Wimmer was spreading rumors that he was cheating on his girlfriend.

"I sensed something was wrong. Then I found her," Marty Wimmer said the day after making the gruesome discovery. "It's every parent's nightmare."

Lawson was in custody Tuesday at Staten Island's 120th Precinct, charged with murder and criminal possession of a weapon.

Philip Markoff, the accused craigslist killer, has also been charged with trying to rob a stripper in Rhode Island. Cops investigating the Wimmer homicide initially focused on an ex-boyfriend who had tried to break into her apartment six months before the killing. Lawson and Wimmer were acquaintances and were not romantically involved, police said.

Wimmer had just landed a job with the U.S. Census Bureau and was set to begin the week after her murder.

Her last entry on her MySpace page was chilling - given what followed.

"I will survive whatever life has to throw at me," she wrote. "I am ready and stronger than ever. Nothing or nobody will hold me back."