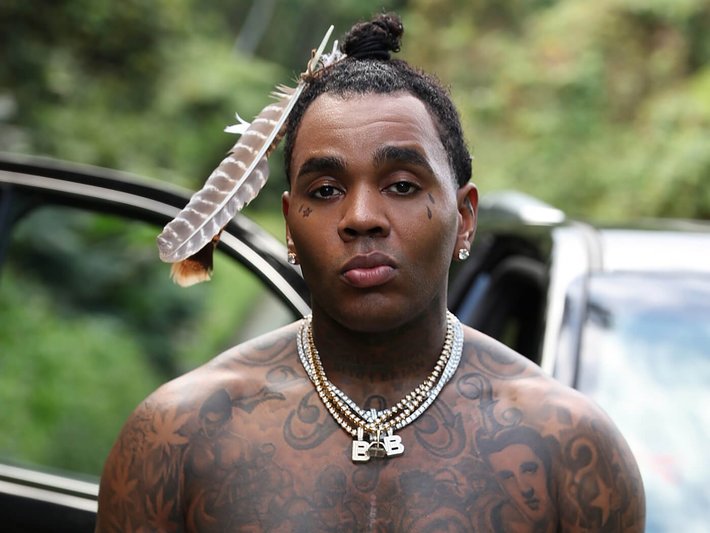 Gates opened up about the time he planned to commit suicide in December 2020, something he had kept private until now. “I’ma say something on this interview that I’ve never said before. December 10th through the 12th was the hardest for me [last] year,” he revealed at the nine-minute mark. “I disabled my Instagram See, I don’t do the, ‘Man, I’m ’bout to kill myself!’ I don’t want no attention. I was going the way of the samurai. Just smash myself because I was to the point I ain’t wanna live no more.Before deactivating his Instagram account, Gates threw a birthday party for his young daughter in Cabo and posted a video of him holding and rocking her, believing it was going to be his “last time seeing her. Delving into what drove him to the point of suicide, Gates admitted he didn’t feel “celebrated” at home and the emotional trauma from his past was weighing heavy on his shoulders. “I wasn’t happy,” he explained. “As men, when you a provider and you not feeling like you being celebrated in the proper manner, you feel like you only being tolerated … when I was in the streets I used to hate going home because I feel like I wasn’t welcome there. Y’all act like I’m just doing what I’m supposed to be doing. “We so busy being tough and harboring all these resentment and emotions and the shit we deal with. That pressure was on top of my head. I was like, ‘Man, I quit. After writing “everything” down in a suicide letter, Kevin Gates hit the gym for what he planned to be his last ever workout. “I had a raw letter that I wrote about everything,” he recalled. “I was just saying, I don’t regret nobody I ever stepped on; if I did, your momma ain’t raise you right. I wrote about how I’ve been in love before and had my heart broken. How the first woman to ever break my heart was my mother, and the only woman to ever love me was my grandmother. “After I did that, I went in the gym, worked out, took a shower, put all my jewelery on. I looked at myself in the mirror and said, ‘Say Dick [the nickname his grandfather gave him], it’s time to stand on that business. Ain’t no more talking.’ So I was like, ‘Yeah, let’s go get it done.' On his way out the gym, the Luca Brasi rapper bumped into a fan and fellow gym goer who ended up saving his life. “White boy walked up on me kinda big, I see him in there a lot. He said, ‘Can I approach you?’ He like, ‘Man, your music the only thing that make this crazy world make sense.’ I was like, ‘Man, the world’s a cruel place. Trust me, I know. “He was like, ‘Man, I was worried about you because you had disconnected your Instagram and your Twitter. The world needs you because your music done kept me from committing suicide so many times.’ I say, ‘Listen, I swear to God, right now I’m ’bout to go push my shit off. You the only one I’m telling. “You know what that dude do? He cried and he grabbed me and he said, ‘If you do that, so many people gonna take their own life ’cause you all we got.’ This show you how God work through people. I said, ‘You know what? I guess I’ll stick around a while.’ I’m still just playing, I do my little proper voice when I’m being sarcastic. The fan’s heartfelt speech convinced Gates to “give it three days,” during which time he traveled to Puerto Rico where his mother’s family is from and stayed off social media. Both of those things helped him reconnect with himself and regain a sense of happiness. I ended up going to Puerto Rico and was like, ‘Man, my grandmother’s spirit everywhere. She proud of me. Anywhere I go, the streets love me, the slums love me,'” he said. “I had built it in my mind that don’t nobody fuck with me. No, the world love me! But you would get on Instagram and be like, ‘Man, don’t nobody fuck with me.’ But that’s not true! When I disconnected my Instagram and stopped making comparisons to my life and other people’s highlight film, and just started living for me and really appreciating the good things about myself and love what you have and have all that you need and really engaging with myself and the world… That’s what really shook me all the way.” He added, “This may help somebody. If I only help one person with my story, with everything I’ve been through, then I’ve served my purpose.