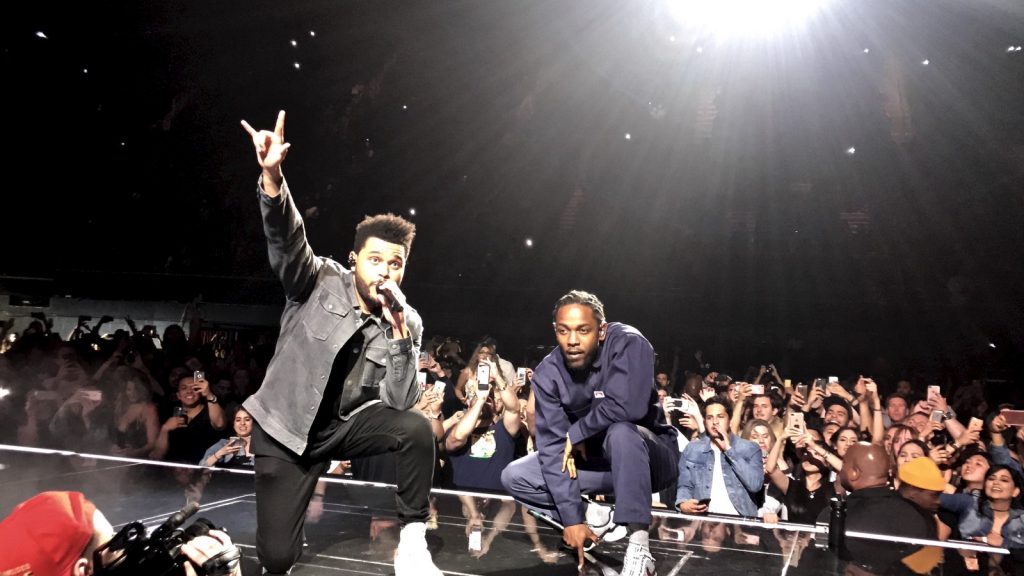 Kendrick Lamar And The Weeknd are being accused in a new federal lawsuit of swiping the music for their “Black Panther” soundtrack collaboration “Pray for Me” from Brooklyn rock band Yeasayer.

The musicians and their creative team allegedly lifted a “distinctive choral performance” from Yeasayer’s 2007 track “Sunrise,” tweaked it and then made it a “material and substantial portion” of their hit 2018 single, according to court documents filed Monday.

Lamar and The Weeknd, real name Abel Makkonen Tesfaye, modified the recording with “intent to conceal the infringement” and used it at least eight times in “Pray for Me,” the suit claims.

The allegedly stolen snippet is described as “comprised of male voices singing in their highest registers, with animated, pulsing vibrato.”

“Despite the processing, Defendants’ use of [Yeasayer’s] song nonetheless retains each of its inherent characteristics… and is immediately recognizable as [Yeasayer’s] material,” the filing states.

The rock trio — which broke up in December — are asking for an undisclosed amount in damages and profits from “Pray for Me.”

They also want an injunction to stop all sales and licensing of the song over the alleged copyright infringement.